Things To Do In Vienna At Night

Bursting with culture, history and heritage, Vienna is a unique city like no other. It’s easy to think all the fun things to do in Vienna happen during the daytime however, the night time is just as interesting and exciting.

From bucket list opera houses to wooden rollercoasters and rotating restaurants, we’ve put together an insightful guide for anyone wondering what to do in Vienna at night…

Spend a night at the opera

One of the most opulent opera houses in the world, going to the Vienna State Opera is a must for everyone. Celebrating 150 years of entertainment in 2019, it’s not only amazed several generations over time, it’s also rich in Austrian history.

Buy a ticket for an evening performance of the Vienna Philharmonic’s latest masterpiece and spend the night in a truly magnificent auditorium, guaranteed to give opera-lovers goose bumps. We recommend wearing your finest garments and getting there a little earlier than normal, so you can wander around the beautiful lobbies and pose for a picture on the main marble staircase. 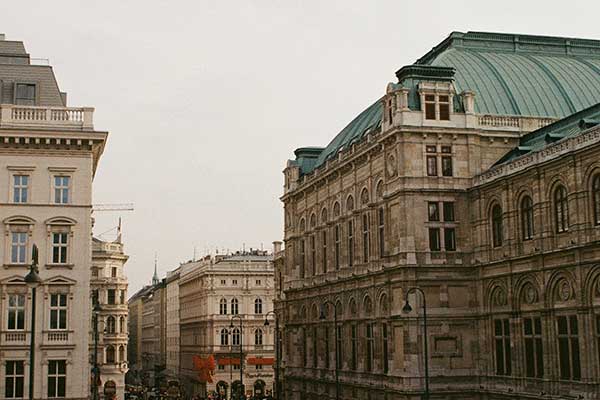 Standing tall in the middle of Leopoldstadt is a 64.75-metre-tall Ferris wheel waiting to be conquered. One of Vienna’s main attractions, The Wiener Riesenrad is an inexpensive rite of passage for children and adults visiting Vienna. Built in 1897 to celebrate the Golden Jubilee of Emperor Franz Josef I, its known as a moving tradition amongst the locals and still remains a magical way to spend an evening.

Not your average Ferris wheel experience, you can book private and luxury cabins for breakfast, candlelit dinners, and cocktails in the sky. 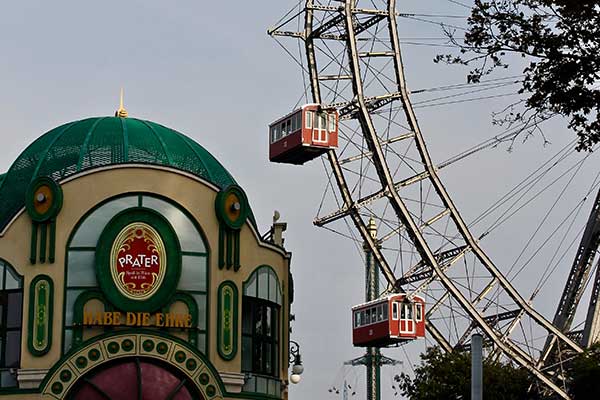 Pretend to be royalty

Schönbrunn Palace is one of the most influential architectural, cultural, and historical monuments in the country. Since opening its doors to the public in the 1950s, it’s been one of the most visited Vienna tourist attractions.

The grounds capture over 300 years of Austrian history, making the Baroque-era palace an essential thing to see in Vienna for anyone who wants to learn more about the city’s changing culture. Claim your rightful place as heir to the throne as the sun sets on this iconic Vienna landmark. 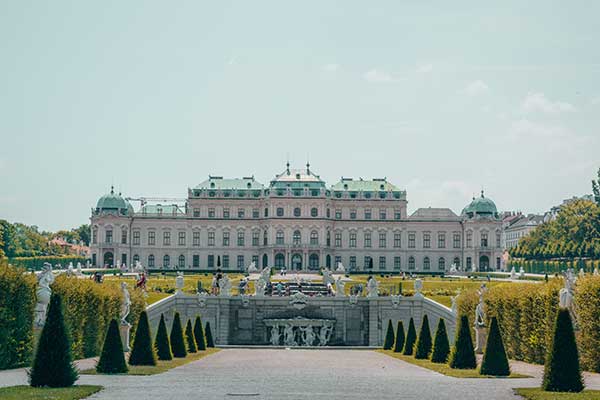 Thrill seek at the oldest amusement park in the world

Open 24 hours a day, 7 days a week, Prater amusement park should be your first port of call if you’re trying to decide what to do in Vienna. What’s more, it’s free to enter Prater and all the attractions are priced between €1-€5, making this an activity you can enjoy at your own convenience without spending a fortune.

Ideal for anyone with a keen sense of adventure, the amusement park is home to an assortment of titillating rides such as the highest-flying swing in the world, a wooden rollercoaster, thirty fairy tale grottos and so much more. 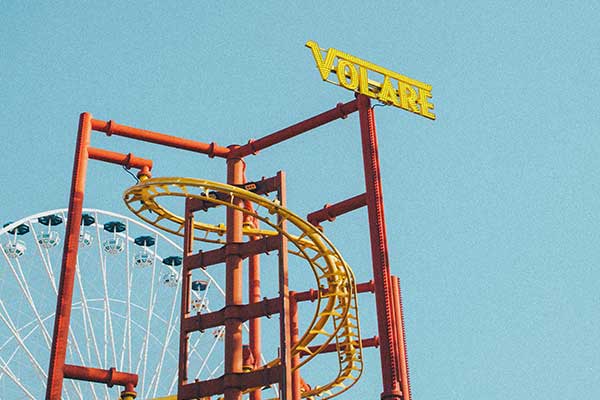 The Danube Tower is the proud centrepiece of Vienna’s skyline offering spectacular 360° panoramic views to all who want it. Open until midnight daily this is a great way to get in some late-night Vienna sightseeing.

Complete your trip up the tallest structure in Austria with a delicious moonlight meal. There are 3 restaurants to choose from, we recommend the rotating Tower Restaurant for an extra-special end to your Vienna night. 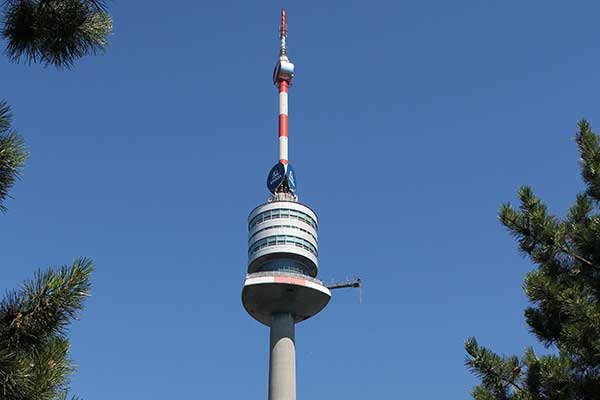 You’ll never be stuck for things to do in Vienna at night with our top picks. And once you’re done making the most of Vienna’s nightlife, hop on one of our premium bus tours to experience the city’s best landmarks and attractions in the daytime…