Booked a short break to Austria’s capital city? There’s so much to see and do in Beethoven’s home town – baroque palaces, beautiful basilicas and State Opera performances. To cram it all in, you’ll have to plan your Vienna itinerary well, and luckily, we’re here to help.

Pack your serious sightseeing into the first day of your trip to make sure you don’t miss out on those top sights. Vienna lines up so many grand monuments, opulent palaces and beautiful architecture, you’ll want to see as much of it as you can.

A guided hop-on, hop-off bus tour will take you leisurely around the city, and give you the option to stop and explore anything that takes your fancy. You might even discover some under-the-radar attractions you never would have thought to visit on the way. Highlights of Vienna’s city centre include the Belvedere Palace, Hofburg Imperial Palace, St Stephen’s Cathedral and the State Opera House. Spend some time exploring the interiors and Romanesque towers of St Stephen’s Cathedral. And stop off at the Museum Quarter to get your culture fix at the museums and galleries. There’s the Museum of Modern Art, the Museum of Natural History and the Leopold Museum which is home to one of the largest collections of modern Austrian art.

Don’t forget to take a break mid-sightseeing for a Viennese coffee and a slice of sachertorte – Vienna’s signature cake. Top coffee houses include Café Sacher, which boasts some of the best sachertorte in the city, and Café Central, which was once a popular hangout for Sigmund Freud and Leon Trotsky. 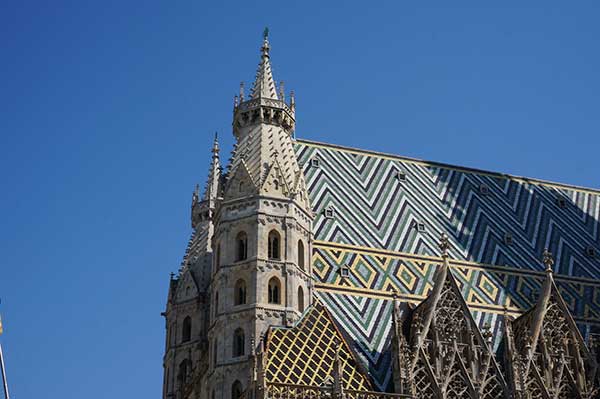 Vienna is known as the ‘city of music’ thanks to its thriving concert halls, and being the former home of both Beethoven and Mozart. If you’re visiting between April and September take advantage of the free open-air concerts around the city. And, enjoy the Vienna State Opera performances which are shown live on huge 50 metre screens in the Herbert-von-Karajan Square. If there are seats available at the State Opera House, you can sometimes bag a cheap ticket. Make your way there at around 6pm to see if you can purchase a discounted standing ticket.

Vienna’s Spanish Riding School is where the regal Lipizzaner horses train, Europe's oldest domesticated breed of horse. This centre for traditional dressage has become a big tourist attraction – book tickets in advance and you can see a special public performance of the horses in action. Or, head to the Spanish Riding School early at around 10am to see the horses taking their morning exercise. You can also take a guided tour of the venue and the stables, and learn all about this unique Austrian tradition.

Spend the afternoon of your second day in Leopoldstadt, at the city’s oldest amusement park – the Wurstelprater. This fairground-style park is free to enter, with rides, attractions and restaurants you can pay for onsite. The most famous attraction is the Wiener Riesenrad – a Ferris Wheel from which you can see almost the entire city on a clear day. Hop aboard and you’ll enjoy a relaxing 15-minute trip and travel 65 metres above the park. There are also rollercoasters, bumper cars and ghost trains to keep you entertained, plus two popular Viennese restaurants where you can tuck into a traditional schnitzel. 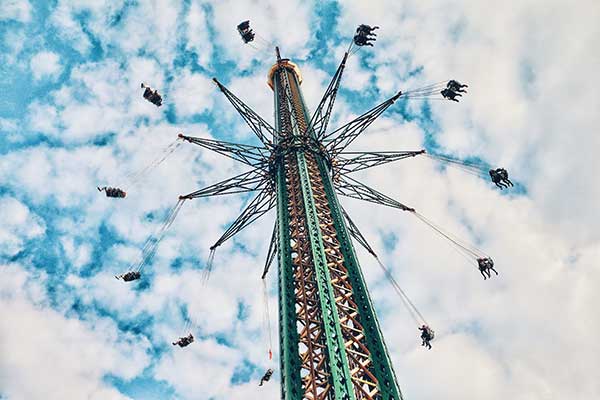 Get a panoramic view of the city by heading to one of the many rooftop bars for a cocktail or two. There’s Atmosphere rooftop bar at the Ritz Carlton hotel where you can enjoy almost 360 degree views of the surrounding sights. Or, the 75-metre-high Le Loft in Hotel Sofitel Vienna Stephansdom where you can sip cocktails, tuck into French/Asian fusion cuisine and gaze at the spectacular sights of the city.

Schönbrunn Palace is, arguably, Vienna’s number one attraction – so leave lots of time in your itinerary to explore it properly. The beautiful Baroque palace was the old summer residence for the Habsburgs, and the huge complex boasts 1,441 opulent rooms and an enormous garden to explore. Take a guided tour around the grandiose state rooms and private apartments to get an insight into the lives of the palace inhabitants. Then, spend some time exploring the gardens which feature an orangery, a maze, a botanical garden and roman ruins. 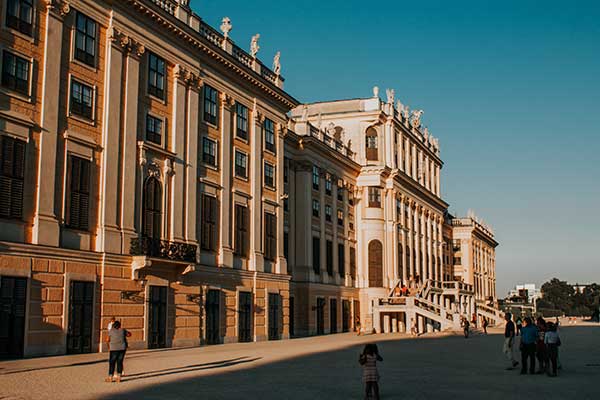 Ready for your minibreak to this European gem? There’s so much more to see in Vienna, you’ll just have pay the city more than one visit. Check out our Vienna bus routes for more inspiration when planning your itinerary.