Free Things to do in Rome

All roads lead to Rome (as the saying goes) and even if you’re on a budget, this city is very accessible. So you can still do as the Romans do with a little planning and some careful decision making. Italy’s magnificent capital offers entry to an impressive number of famous sights absolutely free. And the best bowl of pasta will be one knocked up by nonna in a kitchen only locals visit for a fraction of the otherwise hefty tourist price.

Here’s our top picks of the free things to do in Rome:

Make a wish at the Trevi Fountain

Legend has it, if you throw a coin into the Trevi Fountain you secure your return to Rome. We’re pretty confident once you’ve visited this architecturally beautiful and historically significant city you’ll want to come back one day, so an important free thing to do in Rome to tick off. Hundreds of people toss coins into the water every day, with an average collection of around €3000! And while you’re there, spot the mythical figures and the wild horses decorating this 17th century landmark. A depiction of sea-god Oceanus in a shell-shaped chariot pulled by Tritons with seahorses. 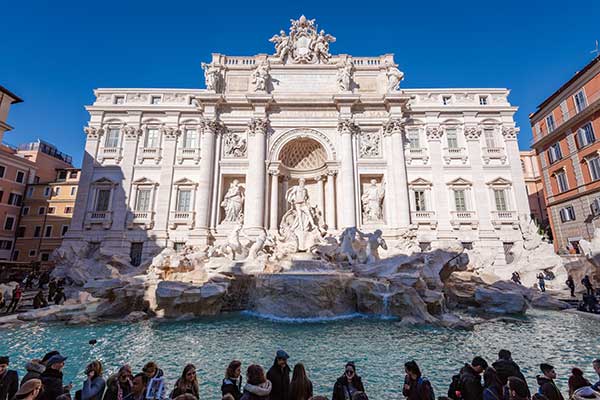 Perch on the Spanish Steps

On a sunny day, the Spanish Steps are the perfect place to sit and watch the world go by. A people-watching hotspot, these dramatic stairs have always been a popular meeting point. In the 1800s, made up ladies would parade up and down in the hope of attracting an artist’s attention. Follow in their footsteps and climb the 135 steps from Piazza di Spagna to be granted one of the best views of the city – a rewarding free thing to do in Rome. At the top, you’ll find the Chiesa della Trinità dei Monti waiting to be explored, a beautiful late Renaissance Roman Catholic church. 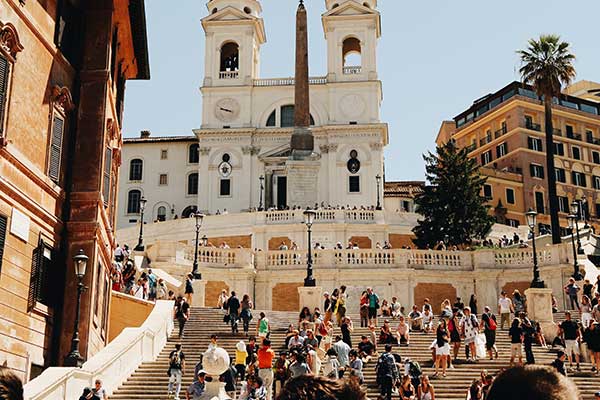 Be amazed by the draw-dropping dome

The Pantheon, today a church, is a rather impressive 2,000-year-old temple considered one of the most influential buildings in the Western world. Yet still a free thing to do in Rome. You might not understand this from the outside with its greying exterior, but when you step through the broad bronze doors, you’ll be greeted with the largest unreinforced concrete dome ever to exist. Considered the ancient Romans’ greatest architectural creation, the symmetry of the design is perfectly impressive. It is the only structure of its age and size to successfully survive not only the damage of time, but barbarian raids when all other roman monuments were demolished. 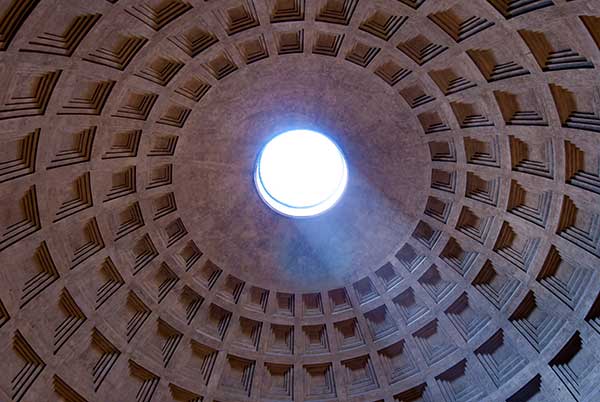 The Vatican’s basilica is a free thing to do in Rome that will likely involve a little queueing but will leave you feeling completely wowed. St Peter’s is Italy’s largest, wealthiest and most breath-taking church. And inside you’ll find works of art that are famous throughout the world. There’s Michelangelo’s Pietà, his dazzling dome and Bernini’s baldachin over the papal alter. And if you time your visit right, you can join the free two-hour tour (in English) of the basilica run by seminarians from the Pontifical North American College. These normally begin at 2.15pm on Mondays, Wednesdays and Fridays at the Centro Servizi Pellegrini e Turisti. There is a strict dress code that needs to be observed to enter the basilica, no shorts, miniskirts or bare shoulders. 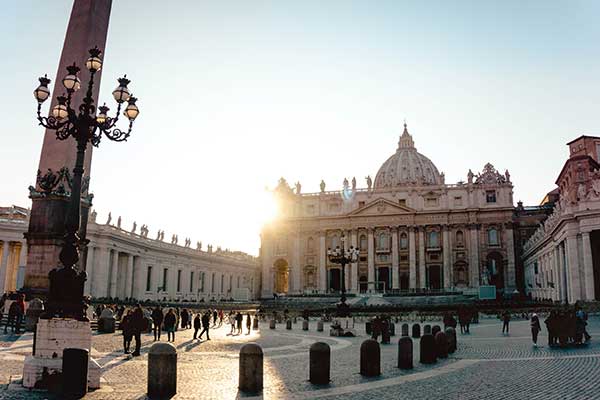 So there you have our list of the free things to do in Rome we insist you include in your itinerary. And now that you’ve managed to save so much money, why not splash out on a Big Bus tour and see all the city’s sights in style. With stops by all the landmarks and attractions Rome is famous for, you can hop off and explore more wherever you choose. For more inspiration on how to fill the rest of your time in this historic city, check out our guide to the Top 10 Things to do in Rome.