Top 10 Things to do in Rome

If you’re looking to discover incredible history and artistic masterpieces, then Rome is definitely the place for you. From the Vatican to the Trevi Fountain, and every site in between, very few cities in the world can compete with the sheer number of attractions in Rome.

One of the world’s most recognisable attractions, construction of the Colosseum began in 70AD under Emperor Vespasian. At its peak, it could hold up to 80,000 spectators who would gather to watch bloody gladiatorial battles, ceremonial games and even maritime recreations, when occasionally it was filled with water. 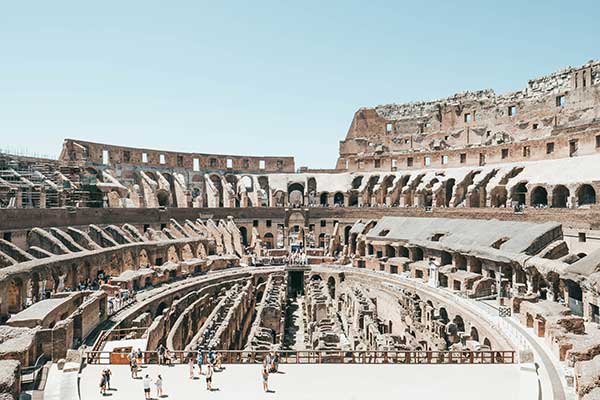 The sporting centre of ancient Rome, 250,000 people would gather at this huge stadium to watch thrilling chariot races. These days you can still make out the size and scale of the Circus Maximus and imagine what race days must have been like. You can almost hear the thundering chariots approaching as the roar of the crowd builds. 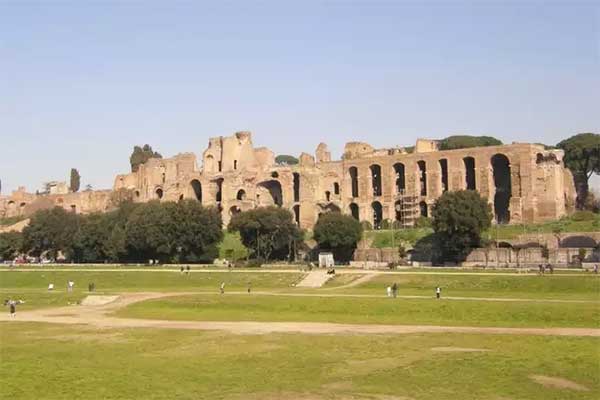 3. Commune with the gods at the Pantheon

Rome’s most complete masterpiece, this architectural gem is the epitome of proportion and elegance. It’s believed that the hole in the centre of its domed roof was a direct line to the gods above, a conduit to the next world. 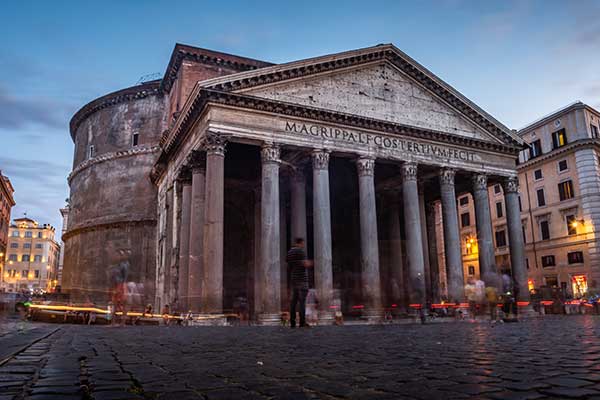 4. Feel the power at the Roman Forum

The Forum was the heartbeat of Ancient Rome. This is the place from where an empire was commanded and where emperors lived. Wander the ruins and feel the power that once flowed through these halls. Imagine how it must have felt to rule the known world from this very spot. 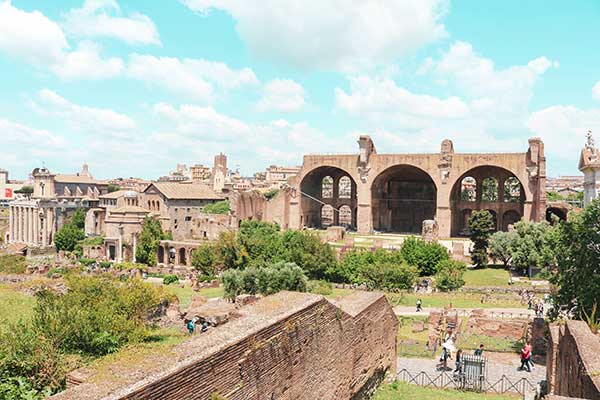 5. Read poetry on the Spanish Steps

Built in the mid-18th century, the graceful Spanish Steps have been inspiring poets and artists for centuries. Take a book of your favourite poems, find a quiet spot on the steps and spend an hour or two reading. You never know, you might just be inspired to write your very own novel. 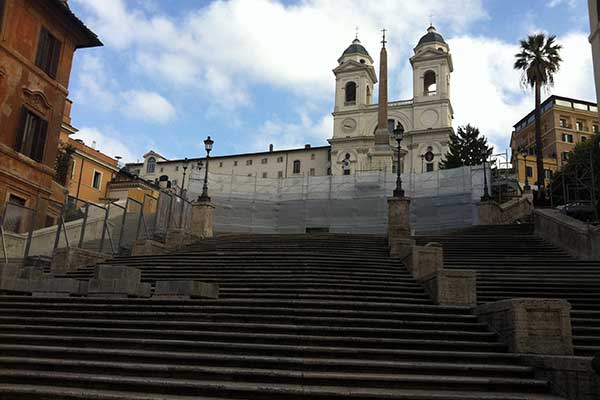 St Peter’s may be the biggest church in the world, the spiritual home of the Catholic Church, and the burial site of St Peter himself, but above all its an engineering and artistic marvel. Gaze around at the majestic Renaissance architecture. If you’ve got the energy, climb the 500 steps to the top of Michelangelo’s stunning dome. 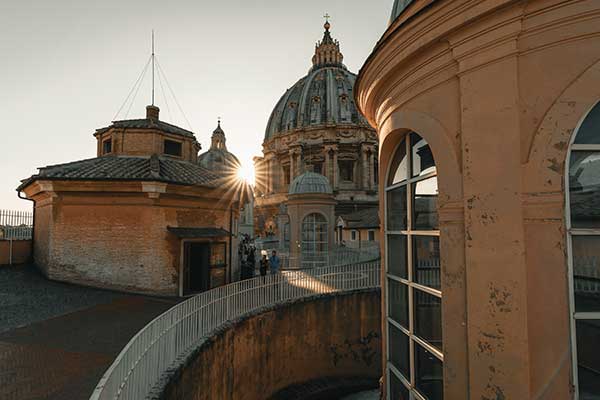 7. Throw a coin in the Trevi Fountain

Legend has it that anyone who tosses a coin over their shoulder into the fountain will ensure a return visit to Rome. If you’d love to come back to the Eternal City, you best start warming up your throwing arm. This is always one of the most popular Rome attractions, and is beautiful to look at day or night. 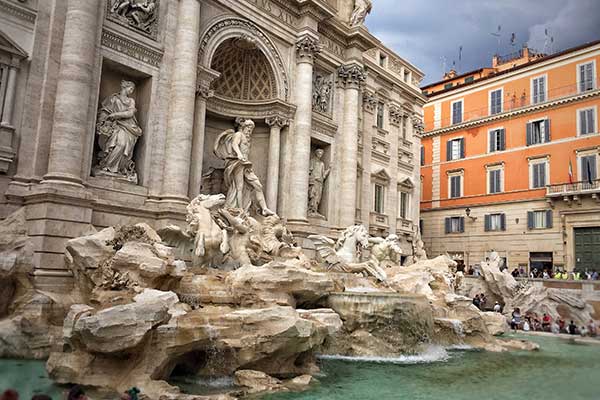 With more than 9 miles (14.5 kilometres) of galleries to explore and in excess of 1,400 rooms and chapels, we’ll be thoroughly impressed if you have time to see everything. Thankfully there are tours that can help you make your way through. Discover hidden gems next to world famous artworks and keep a lookout for Raphael’s Stanze della Segnatura. 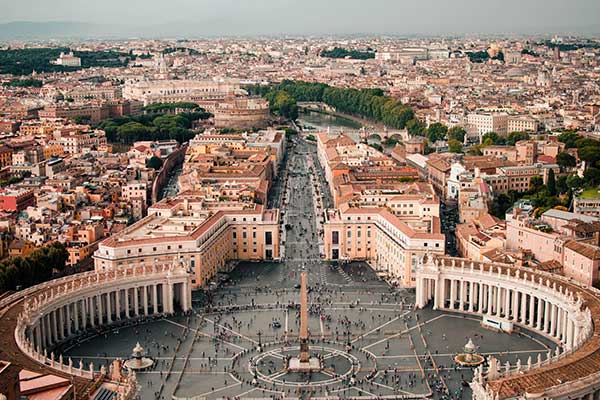 One of the most famous artworks in the world and Michelangelo’s masterpiece, this stunningly decorated ceiling took over four years to complete. Gaze up in awe at a truly incredible feat of creativity. Then think about the fact that Michelangelo wasn’t able to see the finished article until all of the scaffolding was removed at the end of the process. 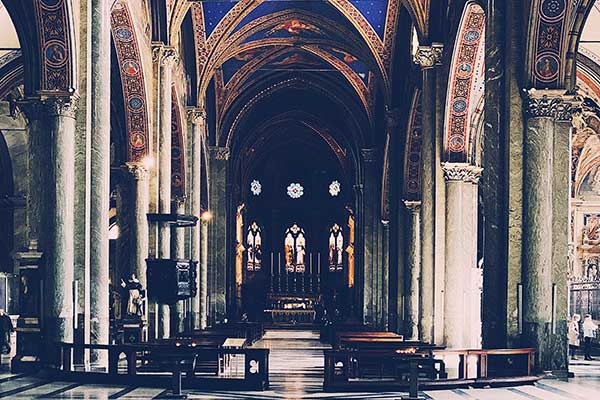 One of Rome’s most incredible archaeological sites. Much of what has been discovered dates to between the 1st and 4th century AD. Marble statues and architectural decorations are just some of the pieces carefully uncovered and placed on show. Legend has it that this is the birthplace of ancient Rome. 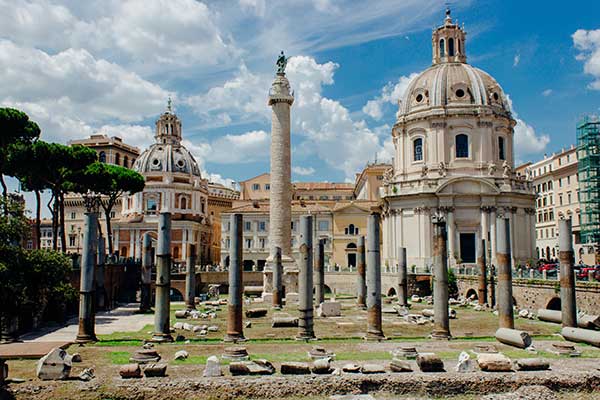 Use our Rome top 10 list to guide your trip and you’ll be making the most out of your time in Italy. Along with our itinerary for conquering Rome in 3 Days, you’ll be able to experience the very best of Roman culture on your city break or extended holiday. And, when you’ve taken in all the sights, be sure to stop for a bite to eat one of the Best Restaurants in Rome too.