There’s something magical about the beautiful city of Budapest in winter. Its baroque buildings, historic castles and huge winter wonderland-themed markets give it that fairy-tale touch. And there’s plenty to keep you busy, from taking a dip in the world-famous thermal baths to ice skating next to a huge castle.

Warm up in the thermal baths

Budapest is famous for its spectacular thermal baths, and winter is the best season to spend time in the toasty waters. There are around 15 public baths for you to choose from across the city, but the Gellert Baths and Szechenyi Baths are the biggest and most popular. Szechenyi consists of 18 pools, both indoor and outdoor, and 10 saunas, all in a grandiose setting. And, Gellert has a thermal spring that dates back to the 15th century and an outdoor wave pool. The city’s famous ‘spartys’ are popular all year round. On selected nights the baths are turned into giant pool parties complete with light shows and DJs providing the soundtrack. Check out our Guide to Budapest's Thermal Spas. 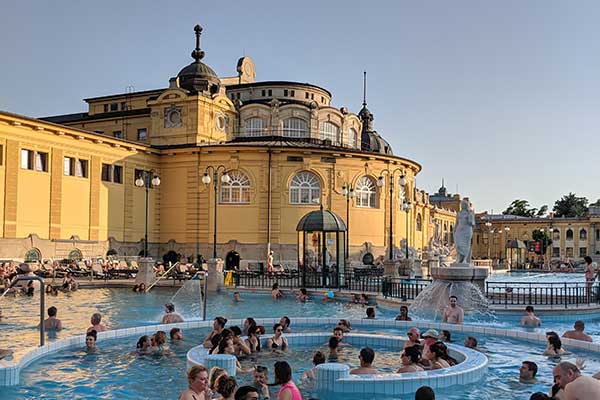 Find treasures at the Christmas markets

It’s not really Christmas in Europe without a festive-themed market where you can stock up on all those handmade gifts and treasures. Budapest boasts a few which are open from around mid-November. The biggest one is at the Vörösmarty Square, in which the whole area is transformed into a winter wonderland complete with glowing Christmas lights, cute stalls selling handmade gifts and Hungarian folk music to entertain shoppers. Browse the unique trinkets and crafts and enjoy a mug of spiced mulled wine or a bowl of goulash at the communal picnic tables. 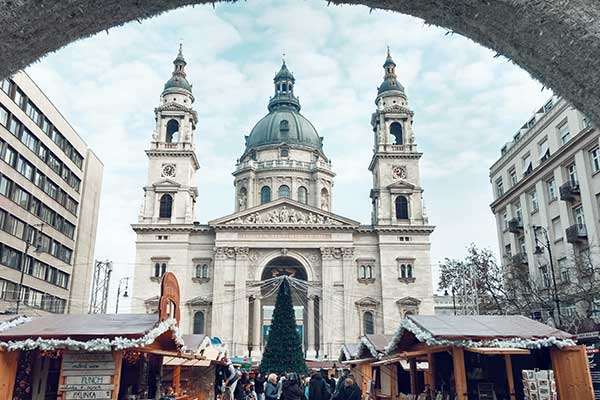 Skate next to a castle

Once you’ve warmed up in the thermal baths, it’s time to embrace the cold and take to the ice. The City Park Ice Rink, aka Varosligeti Mujegpalya, is Europe’s largest open-air rink, and it happens to be on Lonely Planet’s top 10 list of things to do in Europe in winter too. The gorgeous backdrop of the Vajdahunyad Castle makes this spot particularly special – you’ll feel like you’re sightseeing and skating at the same time.

Hop between the ruin bars

Budapest is famous for its ruin bars, which you’ll find in the old District VII neighbourhood. These are drinking spots in the ruins of abandoned buildings which look pretty indistinguishable from the outside, but are a whole other world once you step inside. Each one is filled with quirky décor, bric-a-brac, plants, and often several rooms and levels to explore. The more famous is Szimpla Kert, the original ruin bar, but there are several to hop between in the district. Spend an evening exploring a few and tasting some of that delicious (and budget friendly) Hungarian wine.

Hungarian cuisine is typically filling, with rich dishes like goulash, meaty stews and fried bread on the menu. And of course, winter is the perfect season to fill up on these traditional comfort foods. Head to Gettó Gulyás in the Jewish Quarter or Budapest Bisztró near Parliament to try some of the city’s best goulash. And have your fill of lángos (deep-fried flat bread with toppings) at the various cafes and street food stalls around the city. When it comes to desserts, you just have to try Hungary’s ‘chimney cake’ which is a spiral of sweet bread coated in sugar and flavourings, and somlói galuska, a sponge cake layered with cream and walnut kernels. Yum! 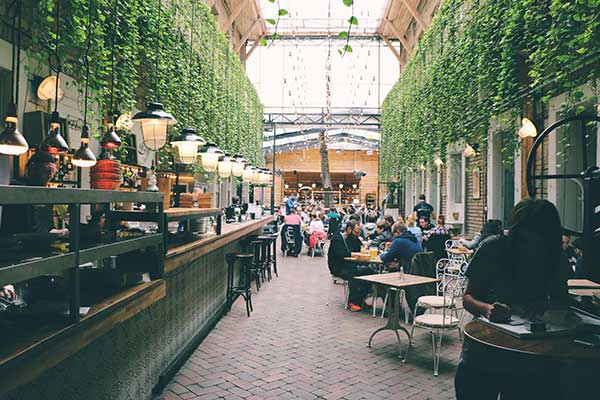 Ready to see what Budapest has to offer in winter? It’s the perfect season for dining on as much Hungarian food as you fancy, spending all day in the thermal baths and exploring the city’s gorgeous architecture. For more idea's of where to visit next, check out our guide to the Best European Cities to Visit in Winter.