Best Places to Visit in April

From cultural events in Budapest and cherry blossoms in New York, to spotting the Pope in Rome, if you’re thinking of jet setting in April there are a range of activities across the world that make certain cities worth a visit.

There’s something magical about New York in spring, it feels like the city is bursting with life after waking up from its snowy winter slumber. In April the average temperature is 16ºC which is perfect for wandering around the various avenues in Manhattan and blocks in Brooklyn. 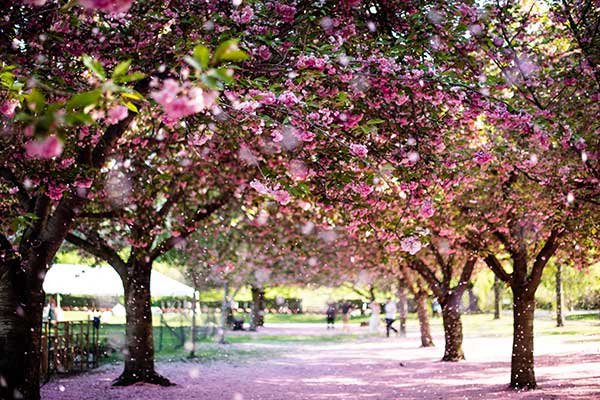 Flowers bloom across the Big Apple and the Brooklyn Botanic Garden hosts its annual Cherry Blossom exhibit. It lasts the entire month and attracts crowds from all over the world. At the weekends, Williamsburg and Prospect Park transform into a flea market where you can hunt for hidden gems and sample food from over 100 food stalls. There’s also the Tribeca Film Festival that sees an array of A-list celebrities come together to celebrate the art form. What’s more, Earth Day on April 22nd sees Union Square Park transform into a buzzing block party complete with live music and entertainment.

If you’re after some culture, Budapest is one of the best places to travel to in April.  The Budapest Spring Festival takes place in over 40 locations around the city and has a program complete with world music concerts, contemporary circus acts, ballet and classical dance performances. Art Week is usually held across the 3rd week of the month and gives visitors the chance to explore 50 art venues including museums, galleries and community spaces for a fraction of the price. There’s also an International Book Festival where you can haggle for some new titles and meet your favourite author at a talk or workshop.

What’s more, with the average temperature being around 14ºC it’s the perfect time to take a dip and relax at one of Budapest’s many steamy thermal baths. Széchenyi in particular hosts a range of pool parties, puts on laser shows in the evening and remains one of the grander places to unwind. 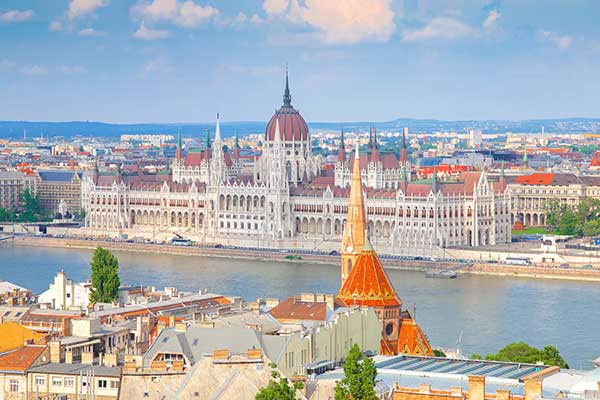 Rome is one of the best places to go in April. The month begins with the Spring festival Festa della Primavera, which sees a range of live music, sporting and theatrical events taking place around the city. Culture Week also falls in April and is a period of time where all the archaeological sites and national museums offer free entry. There’s also a weekend of celebrations to commemorate Founders Day with a parade, historical re-enactments and gladiatorial displays at the colosseum.

Holy Week and Easter are the main events during the month, with the entire city coming together to celebrate the religious holiday. Those visiting can expect to experience a range of Italian traditions and various holy services led by the Pope at the Vatican. On Easter Sunday, mass is held at St. Peter’s Square during the day and in the evening there’s a big firework display over the Tiber River. Averaging at around 15ºC during the day, the weather is cool and crisp so as long as you travel with a warm coat you’ll be fine. 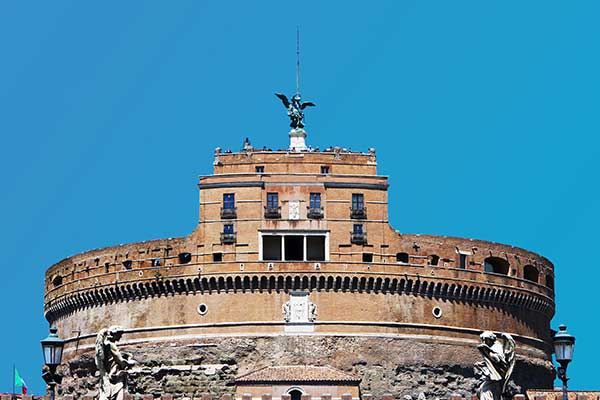 That’s just a taster of some of the reasons why these cities should be on your wish list for an April visit. And to cover off the iconic landmarks and popular attractions, hop on a Big Bus tour and we’ll help you tick these off too. With panoramic views of the best sights and the option to hop off and explore at any of our stops, you can see an entire city in a day. If you do plan on travelling in April, be sure you take a look at our guide to Easter Celebrations Around the World too.