Heading to the Hungarian capital this summer? Lucky you – there’s no better time to enjoy Budapest. This European gem lines up thermal baths, open-air museums and quirky bars to keep you entertained, as well as special summer events and festivals.

It’s summer, and no doubt you’ll be wanting to spend your time outdoors. The good news is, you can get your history fix and a dose of vitamin D at the same time, by exploring Budapest’s open air museums. Head to Memento Park and you’ll find communist artworks, sculpted plaques and statues of Lenin, Marx, and Engels. Over in Óbuda, you can visit the ruins of Aquincum – Budapest’s answer to Pompeii. This archaeological park is full of remnants of a historic civilization that you can wander around and explore.

If you’re a bit of an aviation geek, you’ll love Aeropark near Budapest airport. This place showcases a range of Soviet-built aircraft, including jumbo jets and helicopters, alongside Soviet-era uniforms and a flight simulator you can try.

And, if you’re still keen to tick off Budapest’s well-known museums, you can take a night tour instead. From the end of June, several of Budapest’s museums and art galleries will stay open until late at night so you can explore after sunset when it’s much cooler.

Take a dip in the thermal baths

Budapest is famous for its warm spring waters and healing thermal baths. And, you’ll find plenty of spas and open-air pools where you can take a dip – some of them are over 100 years old. Szechenyi Bath is the most popular option. It’s housed in an impressively grand building with 18 pools to enjoy, plus whirlpools, water jets, saunas, a gym, and massage treatments. For more options check out our Guide to Budapest's Thermal Baths. 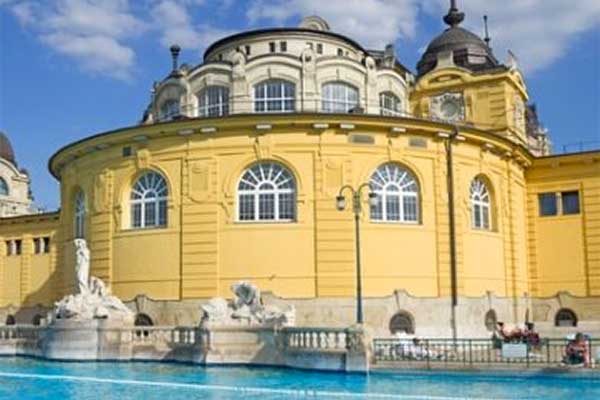 From around April to September, it’s bath party season in Budapest (also known as ‘sparty season’). In several baths across the city, the thermal pools are transformed into clubbing venues with DJs, light shows and drinks on offer. You can even do a ‘bath crawl’ and tick off several on your trip.

Dance to a musical fountain

Fancy a break from city sightseeing? Head to Margaret Island – Budapest’s very own green oasis – located in the middle of the Danube. The 2.5km island is covered in parkland and recreational facilities, with pedal carts available to rent to get around with ease.

There’s a rose garden to enjoy, which comes into full bloom around early spring. And, a Japanese garden boasting a fish pond, dwarf tr­­­ees and a waterfall. One of the most famous features on Margaret Island is the musical fountain which is located in the south. The fountain ‘dances’ to music played three or four times a day, with pieces from Brahms, Bocelli and Vivaldi in the set. And, in the evening the fountain is beautifully lit up against the night sky. 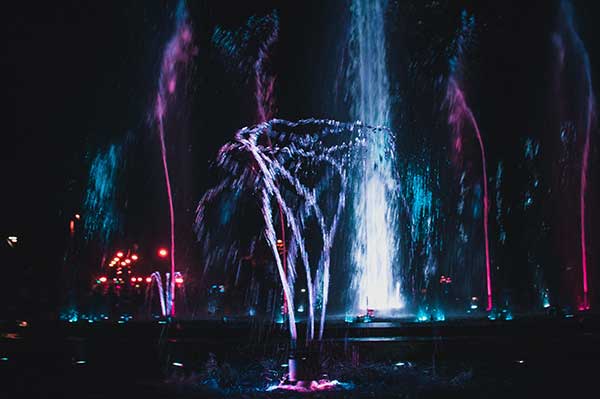 Cruise along the Danube

Want to enjoy a relaxing cruise along the Danube and see some of Budapest’s best sights at the same time? Swap landmark-hopping in the heat for some river-based sightseeing on a Silverline Cruise. Enjoy a 75-minute trip along the Danube river and get a great view of the Hungarian Parliament, Citadel, Chain Bridge, the Royal Palace and more. Over summer, the boat will dock in several places along the way, so you’ll have the opportunity to hop off and explore.

Budapest lines up more events and festivals than you can shake a glow stick at. So grab your party gear and get ready to join in. Family-friendly and culture-focused festivals include the Danube Carnival in June and Budapest Summer Festival in August, which feature diverse music acts, dancers and entertainers. Both events are held in multiple locations with free entry for most performances.

If stunt shows are your thing, you’ll love the Red Bull Air Race which takes place over the Danube in downtown Budapest. Watch racing planes swoop over crowds, showing off their skills while performing daring stunts across the sky.

Or, head to one of Europe’s biggest festivals – Sziget Festival on Obuda Island, which takes place in August every year. This Hungarian festival draws thousands of revelers and includes acts from a wide range of musical genres – dubstep, reggae, pop and EDM to name a few. Past performers have included Calvin Harris, Pink, Bastille and Kasabian, so you’ll be guaranteed a memorable show. 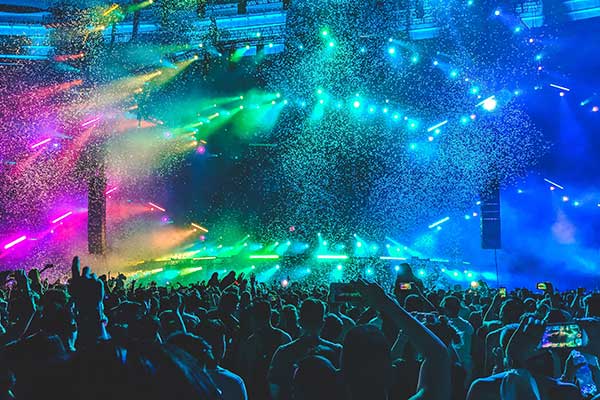 Drink at the quirky bars

There are loads of bars in Budapest to duck into for a cooldown drink after a packed day of sightseeing. Along with plenty of open-air options that are perfect for summer, you’ve got some unique choices too. Pagony is a garden bar located behind the Gellert baths with an unusual seating area made of drained children’s baths – it’s basically like sitting in an empty swimming pool. Kőleves Kert is another quirky option in the Jewish Quarter. It’s full of colourful seating areas and hammocks to lounge in, and boasts a chilled out atmosphere and reasonably priced drinks. 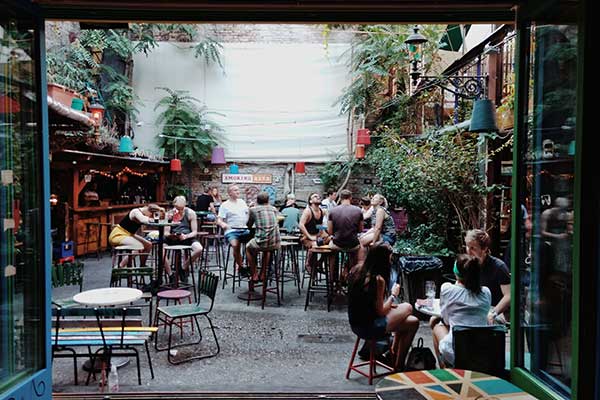 Summer in Budapest is all about enjoying the outdoors and getting involved in the festivals and events. But, there’s so much to see and do in this city all year round, from thermal baths and ruin bars to beautiful basilicas and vibrant markets. Browse our Budapest bus routes for more itinerary inspiration, and start planning your trip today.