Free Things to do in Vienna

The charming city of Vienna goes by many names. The City of Music, for its world-famous classical scene. The City of Dreams, as Sigmund Freud once called Vienna home. But one thing this city isn’t known for, is being cheap. That doesn’t mean you can’t explore Austria’s capital on a budget, it just takes a little planning.

Here’s our top picks of the free things to do in Vienna:

To learn the culture and history of Vienna, your first stop simply must be the fantastic museums this city offers. From Roman ruins, to Mozart’s apartment, and Schubert’s birth house, you’ll be transported back to the times that put Vienna on the map. And while entry fees to some of these institutions can be pretty steep, if you visit on the first Sunday of the month a host of museums are absolutely free. Take your pick:

The Danube Island is a popular escape from the city for both locals and tourists alike. A place for bathing, boating, cycling, skating and beach volleyball, it’s an active holidaymaker's dream. Easily reached from the city center by subway, it’s the perfect day out for families. On a hot day hit the wet playground, with water toys to play with, a pond to cross by rope ferry, and sand castles waiting to be built. And for those under the age of three, there’s a fenced off play area for some safe splashing. A free thing to do in Vienna that will please every member of the family.

Vienna is known as the City of Music, and for good reason. The diverse music scene covers classical, electronica, indie and everything in between. And there’s opportunity to experience it without spending a cent. For a free classical concert there’s the Schöenbrunn Summer Night Concert. For a more alternative free gig, visit the likes of B72 and The Chelsea. And even the electric Danube Festival is a completely free thing to do in Vienna. 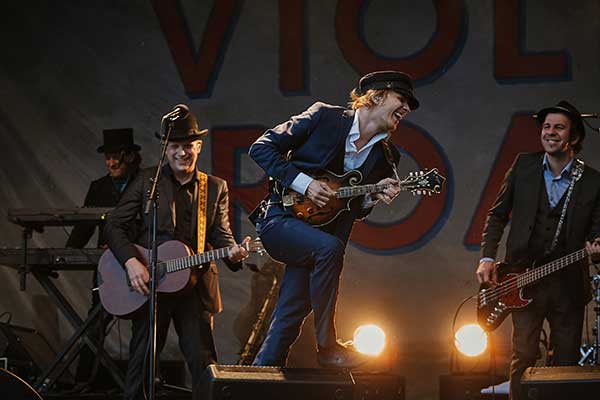 A night at the opera

You can’t go to Vienna and not enjoy a night at the opera – that would be like visiting Rome and not eating pizza. And on a budget, it’s still possible to catch a performance with a little planning. Outside the Opera House in the summer, shows are projected on a big screen. Subtitled in German, you may not understand the words but you will be fully immersed in the atmosphere. With only a few rows of seat on offer, be sure to arrive early. A weather dependant but completely free thing to do in Vienna. If you’d prefer to be inside, standing tickets cost just a few Euros if you purchase them from the ticket booth at the back of the Opera House an hour before the show starts. 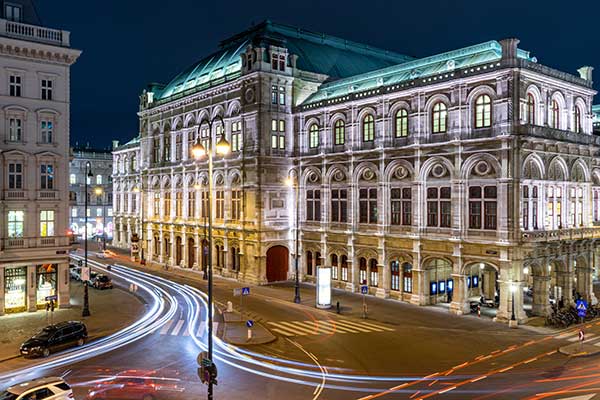 A movie under the stars

During the summer months, open-air cinemas pop up around the city screening free films of just about every genre. During the annual Music Film Festival, Vienna’s City Hall Square becomes the meet point for film buffs. The colourful Kaleidoskop at Karlsplatz lines up alternative themed movies. And Augartenspitz keeps it current with popular titles from the last twelve months. Possibly the most atmospheric is the Cinema on the Roof of the Main Library, and the most unusual is the travelling cinema Volxkino, pitching tents in unusual locations across the city.

So there you have our simply-must list of free things to do in Vienna. And now that you’ve managed to save so much money, why not splash out on a Big Bus tour and see all the city’s sights in style. With stops by all the landmarks and attractions Vienna is famous for, you can hop off and explore more wherever you choose. For more inspiration on how to fill the rest of your time in this cultural city, check out our guide to the Top 10 Things to do in Vienna.