Where to Spend the Fourth of July

Planning to spend Independence Day in the USA? Cities and towns across the country come together to celebrate this famous patriotic day with fireworks, parties, parades and events.

You’ll find the biggest and best Independence Day fireworks display in NYC. The annual Macy’s 4th of July Fireworks show is a 20-minute extravaganza using over 75,000 shells and 25 different colours. And, it seems to be getting better every year. The fireworks shoot up to three times the height of the Statue of Liberty, so you’ll be able to see them across the city. But, grab yourself a prime viewing spot from the East River Park just to be sure. Elsewhere in the city you’ll find hot dog eating competitions, parties and parades to keep you busy. 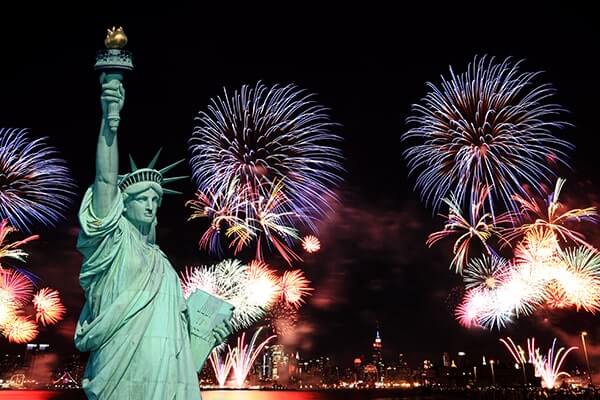 The City of Sin is pretty much a year-round party, so you won’t struggle to find things to do on the Fourth of July. Several of the hotels put on fireworks displays on different days across the holiday, so you’ll definitely catch a couple. If you’re planning on taking a helicopter trip over the city, time it right, and you’ll see the amazing fireworks shows at the same time. And, because it’s pool party season, there are loads of themed parties you can join in while staying cool in the pool. 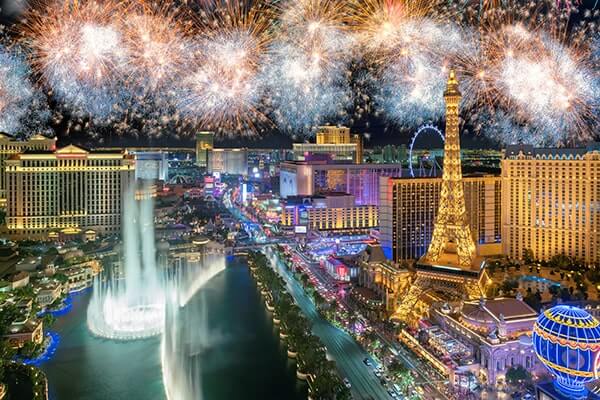 LA is all about the fireworks and food festivals when it comes to Fourth of July celebrations. The fireworks displays usually take place at Marina Del Rey, the Hollywood Forever Cemetery, Long Beach and the Hollywood Bowl, so there are a few options to choose from. Or, if you want to join in the festivities properly, head to Grand Park or AmericaFest at the Rose Bowl Stadium for special Independence Day parties complete with food trucks, live music, games and family fun. If you happen to be visiting Disneyland, the Happiest Place on Earth, on Independence Day, you’ll get to see a special patriotic version of their famous fireworks show over the Disney castle. 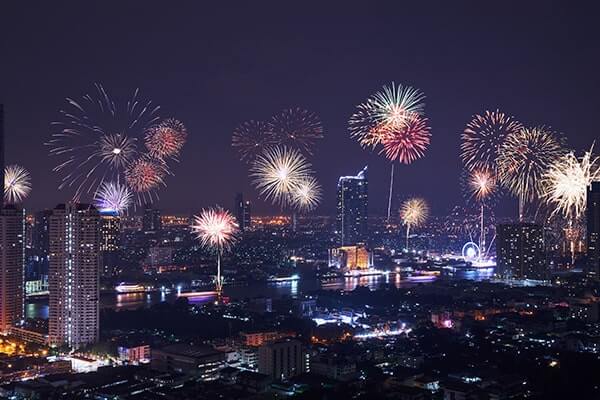 Philadelphia is where it all began. The Founding Fathers signed the Declaration of Independence right in Independence Hall, it was approved by the Continental Congress on the 4th of July in 1776, and the rest is history. To mark this key moment in America’s history, visitors to Philadelphia will get free admission to loads of museums and attractions to learn all about the event. Once you’ve got the learning bit out the way, there’s a Fourth of July party on the Benjamin Franklin Parkway, free concerts and, of course, fireworks. 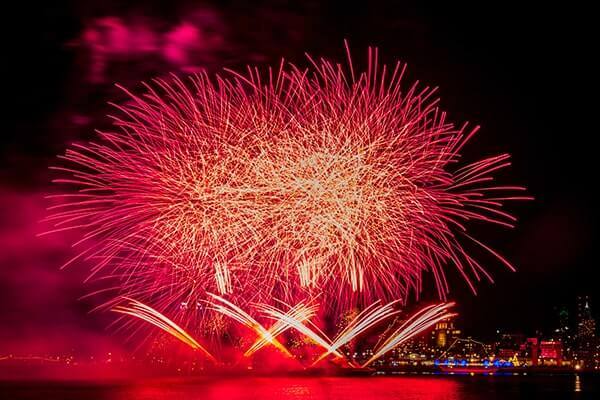 Fisherman’s Wharf and Pier 39 are the place to be on Independence Day in San Francisco. The waterfront area hosts live music, entertainers and family-friendly activities throughout the evening, and then a huge fireworks display across the gorgeous bay. For a different experience, you can watch the sky light up from the water on a Bay Cruise. You’ll sail across the water spotting San Francisco’s iconic sights, including the Golden Gate Bridge and Alcatraz Island, and then enjoy the spectacle of light and colour across the sky. 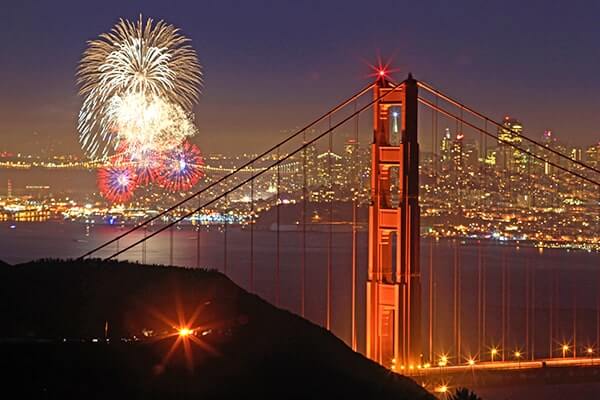 What could be better than spending the USA’s most patriotic holiday in its capital city? Head to Washington for the Fourth of July for lots of family fun. There’s the National Independence Day Parade featuring elaborate floats, military servicemen and a traditional drum march. There’s also a free concert on the lawn of the US Capitol building, and then jaw-dropping fireworks over the Mall. If you’re a sports fan, don’t miss the annual Washington Nationals baseball game on Independence Day. Or, if you’re a history buff, check out original copies of the Declaration of Independence, the US Constitution and the Bill of Rights at the National Archives. 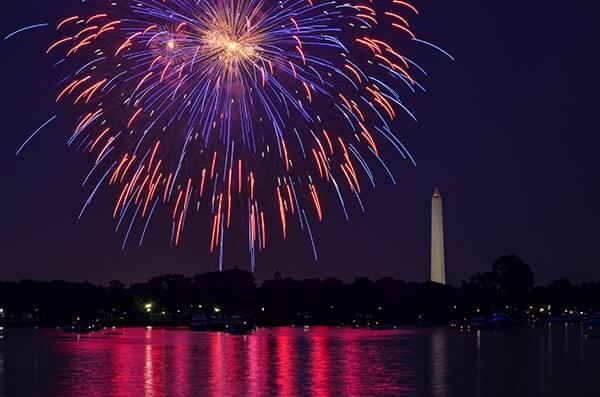 Excited to celebrate Independence Day in the USA? You’ll find firework shows and festivities across the entire country. Check out our America bus routes for some sightseeing inspiration to fill up the rest of your time.