Things to do on New Year’s Eve in New York

Spending New Year’s Eve in New York? This non-stop, cosmopolitan city lines up loads of exciting ways to celebrate. There’s the famous ball drop in Times Square, fireworks in Central Park, and even a midnight run if you’re after a unique activity.

Thousands of New York locals and tourists gather in Times Square every year to watch the annual ‘ball drop’. This quirky tradition involves a giant sparkly ball falling 43 meters down a flagpole in 60 seconds to mark the start of the new year. Party favors including hats, balloons and accessories are distributed to attendees from the event sponsors. And, there are live music performances from 6pm to mark the countdown to midnight. 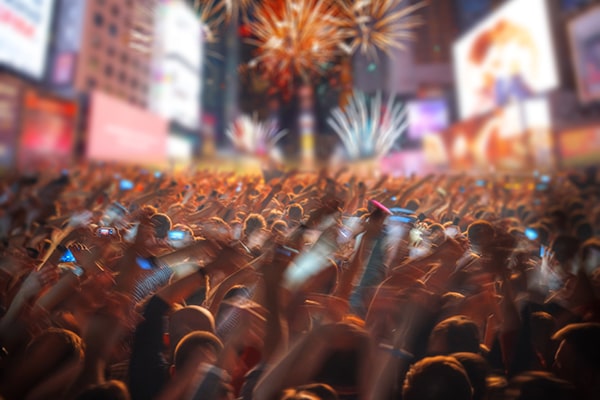 Fancy eating your way into the New Year? New York is known for being a foodie’s paradise, and the city’s best restaurants put on special New Year’s Eve menus with several courses of gourmet fare. Rosa Mexicano is a top choice for those who love Mexican food. This place cooks up authentic Mexican dishes with a gourmet twist. Or if you’re a fan of fish, head to Flora Bar for a seven-course seafood extravaganza.

If only Michelin-starred fare will do, pick Gabriel Kreuther to try the award-winning chef’s special tasting menu. You’ll enjoy free-flowing champagne, balloons, live music and a rolling caviar cart to help you get into the party spirit.

You can take your pick from several firework shows in NYC. If you’re watching the ball drop in Times Square, you’ll enjoy a big fireworks display from the One Times Square roof to welcome in the New Year. There’s also a huge fireworks show in nearby Central Park at Bow Bridge visible from most areas of the gigantic park. And, if you’re staying in the Brooklyn area, head to Prospect Park for a spectacular pyrotechnic display. Before the big countdown to midnight, you’ll be treated to live music performances and entertainment. 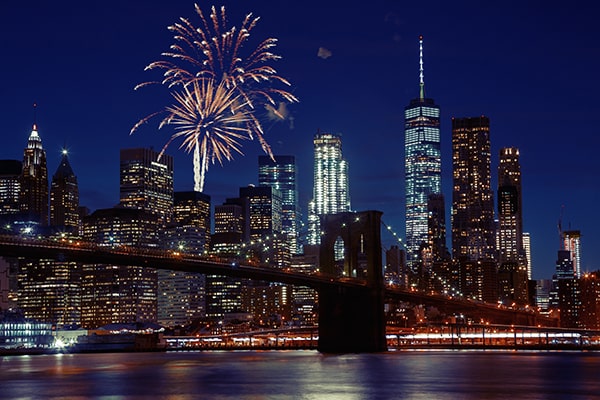 Go for a midnight run

Gym-enthusiasts will love ringing in the New Year by doing their favourite thing – cardio. The New York Road Runners’ midnight run is a 6.4-kilometer run following a scenic route through Central Park, where you’ll get great views of the fireworks around the city. There’s a costume competition too with a prize for the craziest individual or group costumes.

New York is famous for its world-renowned Broadway shows and performances. And over New Year’s Eve, the city is concert central. Loads of music venues host special NYE music and entertainment shows to celebrate New Year’s Eve. There’s the New York Philharmonic Gala at the Lincoln Center if you’re a classical music fan, the Grand Ball if you love your DJ sets, and Bubbles and Bass if underground and techno music is more your thing. If you’re not a huge music fan but love to have a laugh (who doesn’t) head to one of the city’s NYE comedy shows. You’ve got stand-up comedy, sketches, and improv shows to choose from, giving you enough belly laughs to enter the New Year on a high.


Find the nearest Big Bus Stop to the Lincoln Center


Ready to celebrate New Year in the Big Apple? From Times Square parties and sumptuous set-dinners to classical concerts, there’s plenty to keep you busy. Browse our New York bus routes and attractions for more things to do in this cosmopolitan city.