Places to Visit in New York

From secret beaches to famous flea markets, zoos, museums and statues; there are so many things to see in NYC.  Broken down by the 5 boroughs we’ve chosen some of our favorite destinations, activities and landmarks in the city to help you make your own must-see list of places to go in New York…

Things to do in Manhattan

Top of the Rock

If you’re going to visit NYC, you’ve got to check out the Rockefeller Center. From shopping, fine dining and ice skating in the winter months – however you like to spend your free time you’ll find something to enjoy here. It’s a vibrant hub in midtown Manhattan for locals and tourists to come and relax. The star attraction is the observation deck ‘Top of the Rock,’ where you can enjoy fabulous views across the city from 70 floors up. 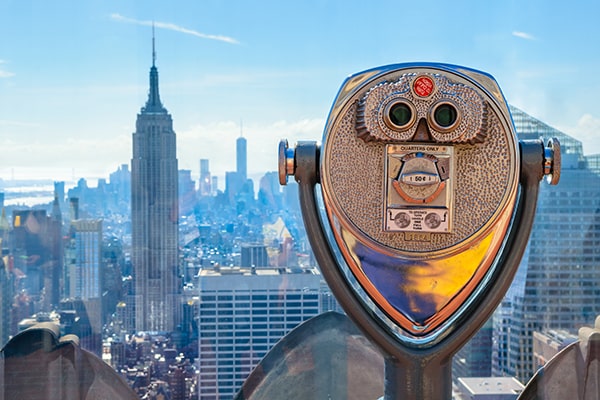 This moving and emotional memorial honors the victims of the September 11th tragedy. You’ll find it at the World Trade Center site in lower Manhattan. There’s also a historical exhibition covering the background to the events and the impact they are continuing to have. Don’t miss the poignant memorial exhibition too. You can buy tickets in advance through us and add a trip here to your New York sightseeing list.

How many art galleries do you know that look as stunning as the work they contain? The Guggenheim makes a grand statement on Manhattan’s Upper East Side and a visit here is one of the top things to do in New York. The building is wider at the top than at the bottom, but it all makes sense when you’re inside, as a ramp spirals upwards to create the perfect viewing gallery. Officially titled the Solomon R. Guggenheim Museum, the gallery houses a wide collection of art from the mid-19th century to the present day, including masterpieces by Picasso, Cézanne and Van Gogh. 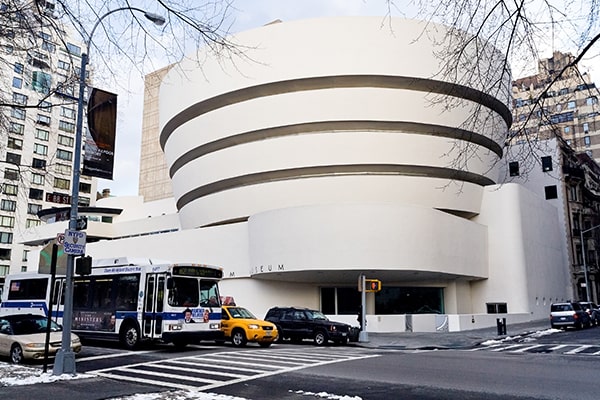 If you’re a shopaholic you’ll feel right at home in the Big Apple. Fifth Avenue is one of the best shopping streets in the world. And one must-see department store on Fifth is Bergdorf Goodman. You’ll find a huge range of designer clothes here, including everything from Balenciaga to Valentino in this New York must-see.

Hop off our bus tour to explore one of the main New York City points of interest, The Metropolitan Museum of Art, or the Met for short. With one of our New York attraction packages you can spend some time in the largest art museum in the US, and one of the ten largest in the world. Exhibits stretch over 5,000 years, celebrating human creativity from around the world. You’ll need more than a day if you’re going to look at everything, so if time is limited grab a gallery guide and pick out your absolute must-sees. 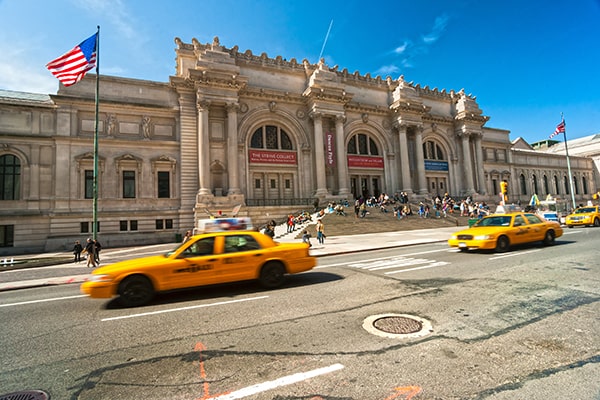 Welcome to one of quirkiest places in New York. The West Village neighborhood earned the nickname ‘Little Bohemia’ in 1916, thanks to its cobbled streets, brownstone houses and artists’ lofts. It’s still a quaint place for a stroll today, with plenty of shops, restaurants and coffee houses to visit and enjoy. Check out The Spotted Pig diner and the traditional Pearl Oyster Bar.

Wander into Chinatown and you might just feel like you’re on another continent. Chinatown has the largest Chinese population in the Western Hemisphere, and the shopfronts and restaurants are a fascinating mix of eastern and western influences. You can buy culinary delights on the sidewalk or go upmarket for some of the best Asian dining in the city, if not the country. No New York tour is complete without it. 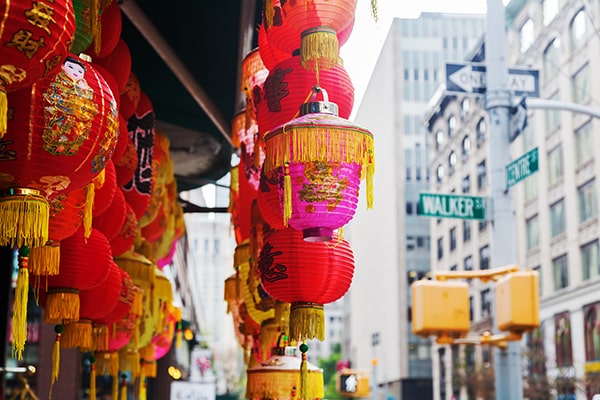 Things to do in Brooklyn

The Statue of Liberty

A trip to New York isn’t complete without a visit to Lady Liberty, take a short ferry ride to Liberty Island and tick this monument off your bucket list. A gift from the people of France to the people of the United States, the statue has long signified America’s independence and acts as a symbol of hope for locals and tourists alike. 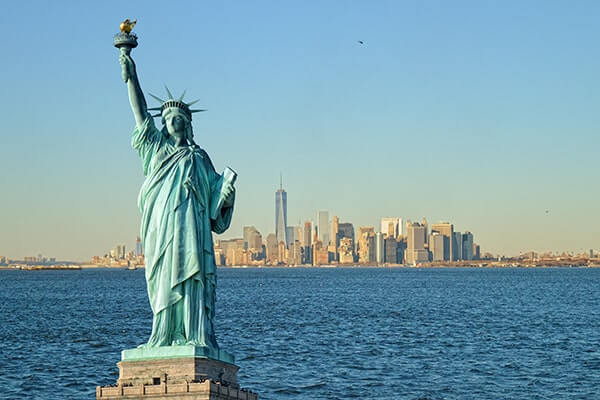 One of New York’s top attractions, the Brooklyn Flea Market is one of the best ways to 7stalls selling antiques, vintage clothing, furniture and arts & crafts. And when you’re done hunting for a hidden gem, make your way to the food section for an assortment of delicious treats.

Looking for cool things to do in NYC like kayaking, Zumba or Broadway dancing? Whatever eccentric activity you can think of, chances are there’s a class for it in Brooklyn Bridge Park. Spanning a whopping 85‐acres, you can work up a sweat, go for a stroll or learn a new skill at this sustainable waterfront park stretching 1.3 miles along Brooklyn’s East River shoreline. 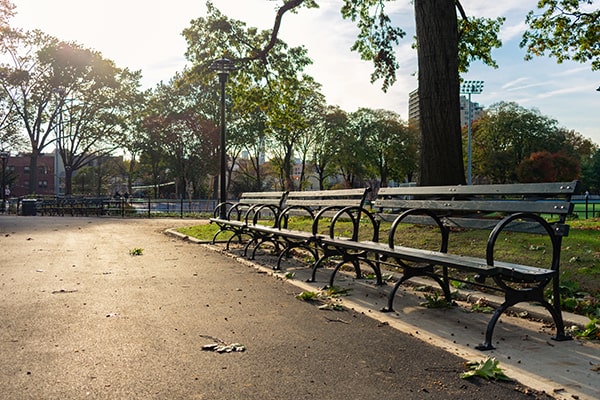 When you think of living in New York, it’s hard to picture anything other than doing so in a brownstone. Brooklyn Heights is an upmarket residential area full of beautiful brownstones known for its tree-lined promenade along the East River. Take a walk here for unrivalled views of Manhattan and the Statue of Liberty, when you find your favourite brownstone be sure to stop for a picture by its steps.

Holding an art collection of roughly 1.5 million works, this is the third largest museum in NYC. Their mission is to inspire encounters with art that changes the way we see ourselves and the world. Their vision is best seen by their commitment to curating great art experiences and original shows that expand your mind. Spend an afternoon here, you won’t be disappointed with this New York City activity.

Things to do in Queens

You may be pleasantly surprised to learn that New York has a beach. A true hidden gem only the locals know about, Rockaway Beach is the perfect place to soak up the sun rays during the city’s scorching summer. There are numerous cheap eats, food trucks, bars and shops along the shore where you can stop for a bite to eat, sip on a cocktail as the sun sets or stock up on souvenirs. 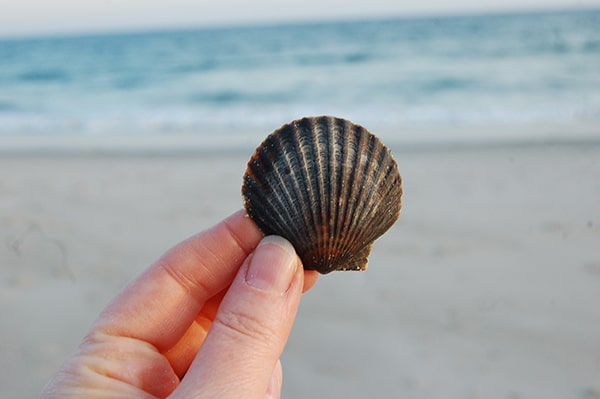 If you’re looking for a place to go in New York, why not visit the largest contemporary art museum in the United States? Making it a point to showcase emerging artists and encourage innovation, it’s the perfect exhibition place to visit if you want to a first look at new genres and new work by recognized artists. Founded in 1971, MoMA PS1 is one of the oldest non-profit art institutions in the US and features long-term installations by William Kentridge, Lawrence Weiner, James Turrell as well as other artists.

Known for having the largest pool in New York City, Astoria Park is the place to go if you want to take a dip in the great outdoors. Measuring 330 feet in length it’s perfect for practicing your breast stroke or simply splashing about with friends. If you’re visiting the state in the first week of July, be sure to check out the Queens Symphony Orchestra who plays in Astoria Park during the fireworks show on Independence Day. 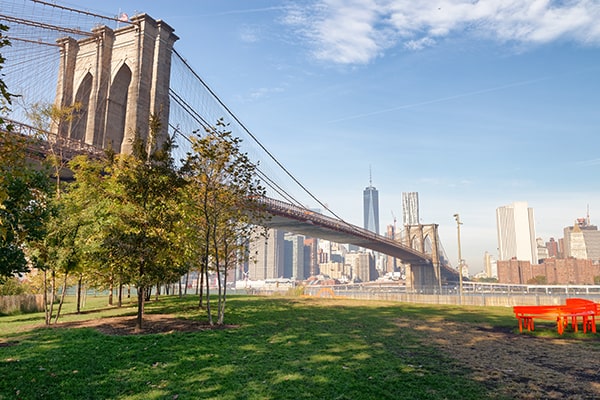 One of the best public parks in NYC, you can be forgiven for thinking Flushing Meadows is just a great place to have a picnic. There’s so much more to do, although a picnic in Queens does sound nice… As the current venue for the US Open tennis tournament, and the home of the New York Mets baseball team, it’s a must-visit for sports fans abroad. Did we mention it also has a science hall, art museum, theatre and a zoo? Plenty to keep the whole family entertained.

Things to do in The Bronx

The roar of the crowd, the hot dogs, the thrills of a home run. You haven’t lived until you’ve seen a baseball match. And there’s nowhere better to catch one than at Yankee Stadium in the Bronx. The Yankees regularly play here, and the atmosphere is always electric. Do grab a hot dog and a beer from one of the stands while you’re here, it’s part of the ritual! 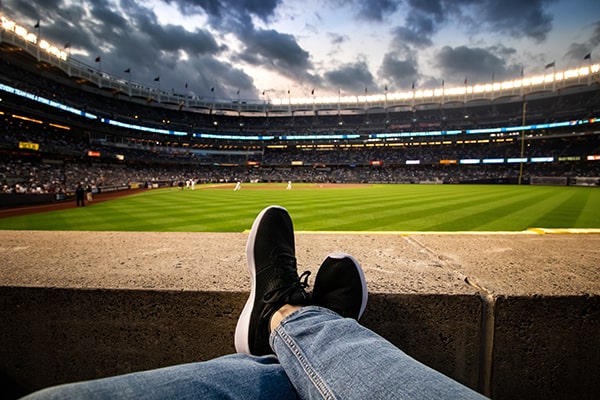 A solid choice for anyone looking for a fun thing to do in New York, the Bronx Zoo is a must-visit. You’ll see tigers, sea lions, penguins and baboons and get the chance to explore their animal reserves, reptile houses and wild enclosures. For a hands-on approach, thrill seekers can climb and zip at the Bronx Zoo treetop adventure, an intense obstacle course for those aged 7 and older.

From exhibitions, tours and classes to a magnificent Victorian-style glass house conservatory, there’s plenty to pique your interest at the New York Botanical Garden. Founded in 1891, it’s now a National Historic Landmark and a major educational institution known for its pioneering plant research. Go for one of the themed flower shows, an immersive experience that will give you a new found appreciation for the connection between plants and culture.

Things to do on Staten Island

Offering a unique view of New York’s skyline, the giant Ferris wheel on Staten Island will be one of the easiest ways to take in the sights when it opens as part of the proposed 2018 construction of the St. George redevelopment. Set to have 36 pods each holding up to 40 people, it’s bound to be an exciting and sought-after NYC tourist attraction. Be one of the first to experience it.

An informative tourist attraction in New York, Fort Wadsworth is a former United States military installation you can visit and explore. With regular tours around the military defence base you can learn all about what it took to protect the city over the 200 years the fort was in operation for. Best of all, visiting Fort Wadsworth is completely free.

Ferrying passengers to and fro since 1817, riding the Staten Island Ferry is a rite of passage for anyone visiting New York. Operating 7 days a week, 24 hours a day, it’s the perfect way to get an uninterrupted view of the New York skyline and cross over from Staten Island to New York in less than 30 minutes. A round-trip will cost you approximately $10 and the memory will last a lifetime. 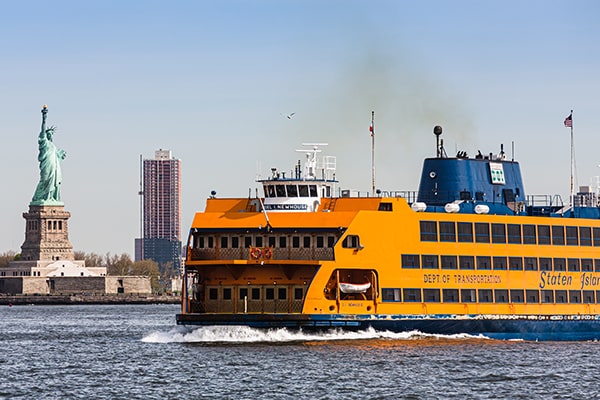 There are so many beautiful places to go and exciting things to do in New York. One of the best ways to fit in a visit to the most iconic landmarks and tourist attractions is to hop on one of our bus tours, which gives you a front row seat to some of the best sights, and lets you hop off when you want to explore them further. If you’re short on time or simply want to visit as many of our recommendations during your trip as you can, be sure to check out our bus routes.