Top 10 Things to do in New York

There are a million and one things to keep you occupied in the Big Apple. But there are some things you just have to do.

We’ve put together a top 10 list of New York must-sees that are absolutely essential on a visit to the city...

1. Go up the Empire State Building

Let’s start at the top. This was the world’s tallest building for an incredible 43 years. The Observation Deck on the 86th floor has spectacular 360-degree views. But head for the Top Deck on the 102nd floor and you’ll be able to see 80 miles away on a clear day. Lines can get as long as the building is high (well, nearly), so visit early, or after 10pm.

2. Walk above the skyline

One World Observatory isn’t just a viewing platform. It’s also a journey through the NYC skyline’s history. Visit the Sky Portal while you’re here to experience what it’s like to walk above the streets. You can book a table in the dining room, or grab a light bite at the One Café. 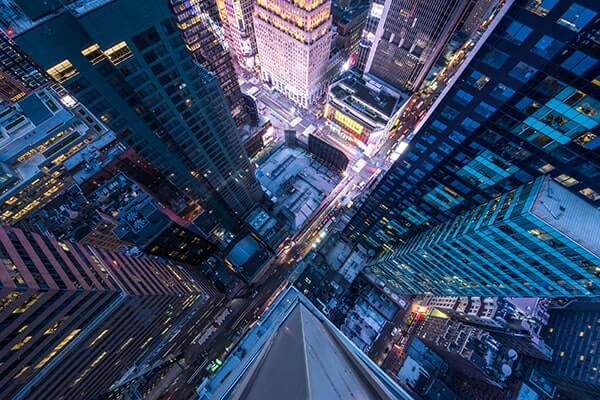 Find the nearest Big Bus Stop to the One World Observatory

It’s big, it’s beautiful and it’s buzzing. Central Park spans 843 acres and has everything from a wildlife sanctuary to beautiful man-made lakes and manicured meadows. Look out for statues of Shakespeare and Alice in Wonderland, as well as the oldest public monument in North America, The Obelisk.

4. Hang out at Rockefeller Center

Rockefeller Center is a vibrant hub for tourists and locals alike. If you want to get a Bird’s Eye View of NYC, take the elevator to the observation decks on the 67th, 69th and 70th floors. But, if you just want to chill and people watch, stay at ground level for some great shopping and good food. If you’re here in the winter months there’s ice skating too.


Find the nearest Big Bus Stop to the Rockefeller Center

5. Get back to nature

New York’s Natural History Museum will make a big impression on the little ones, and on the grown-ups too. It’s the largest natural history museum in the world, with 45 permanent exhibition halls. You’ll be able to feast your eyes on over 32 million specimens, including everything from dinosaurs and minerals to meteorites and human artefacts. 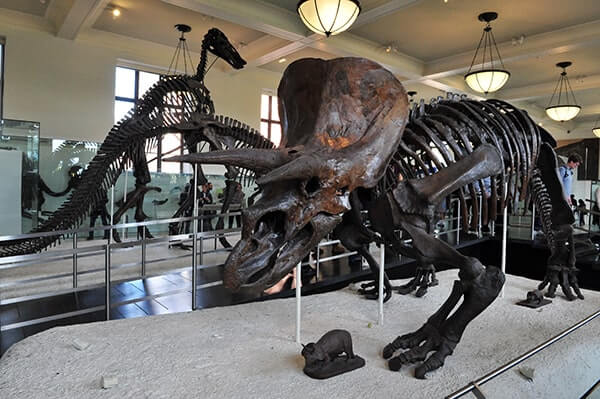 6. Get to know the local history

The Museum of the City of New York is all about this unique city. The collection is home to all sorts of artefacts from the Big Apple, including handwritten manuscripts by playwright Eugene O’Neill, a suit worn to George Washington’s Inaugural Ball, and works by artist Marcel Duchamp. It tells the story of this hugely diverse and inspiring city, with some truly unique displays.

The Statue of Liberty looks completely regal from a distance, but she’s even more inspiring close up. Start the day early and take a boat ride over to Liberty Island. You can climb the 354 steps to Liberty’s crown and look out over Manhattan. Make sure you book in advance, as the crown tickets sell out quickly. Take the ferry over from Battery Park. 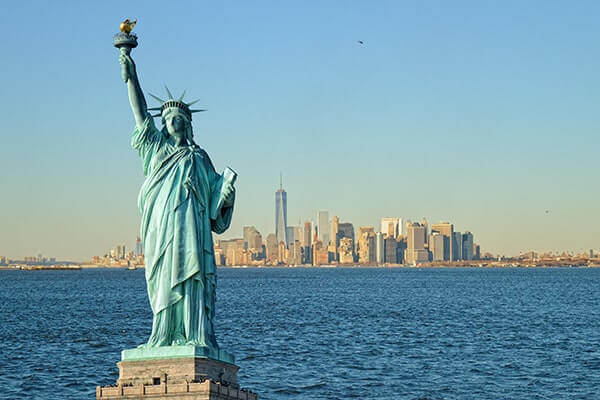 Find the nearest Big Bus Stop to the Statue of Liberty

8. Stand at the heart of Broadway

Times Square has traditionally been the center of the Theater District in New York. People used to come here and just hang out, which made it the ideal site for billboards. Eventually it became a requirement for every building to sport a billboard, which makes Times Square such a feast for the eyes today. You’ll find plenty of restaurants and shops amidst all the flashing lights too.

Fifth Avenue is one of the world’s most expensive streets, featuring some of the world’s most prestigious stores – you’ll find them between 49th and 59th Street. The Avenue starts just north of Washington Square and stretches up to 143rd Street in Harlem. Look out for the palatial homes alongside Central Park, as well as grand churches. East of the Park is Museum Mile, between 82nd and 104th Street. 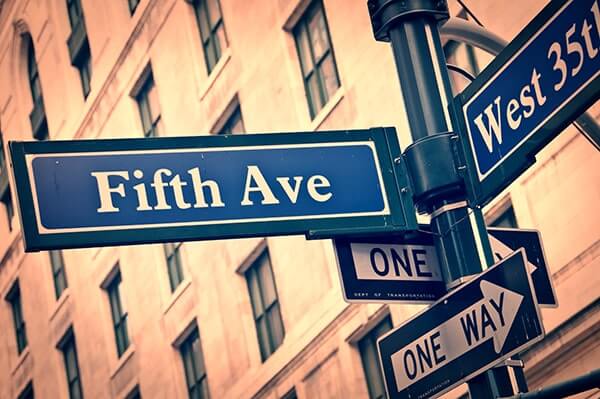 The Metropolitan Museum of Art (or 'the Met' for short) is the largest art museum in the US, and one of the ten largest in the world. Exhibits stretch over 5,000 years, celebrating human creativity from around the world. You’ll need more than a day if you’re going to look at everything, so if time is limited grab a gallery guide and pick out your absolute must-sees.

Tick off these top 10 attractions and you can consider yourself well acquainted with New York City. Now that you’ve seen the best bits, it’s time to discover those alternative neighborhoods, famous foodie spots and little gems. Check out our New York bus routes for more itinerary inspiration.