Food in NYC: Best places for...

Choices, choices. New York is home to so many diners, bars and restaurants that it can be almost impossible to choose where to eat next. Luckily, we’re here to help. We’ve picked out some of best places to eat in New York so you can sample all of the city’s iconic snacks.

Here’s how to eat your way around the Big Apple…

Remember that scene in ‘When Harry Met Sally’? Well this is where it happened. Katz’s Delicatessen is widely regarded by New Yorkers as the best place in the city to grab a pastrami sandwich. Packed with tender meat and served up on rye bread, just one sandwich will keep you going all day. You’ll be handed a ticket on entering the deli – make sure you don’t lose it, even if you don’t order anything!

Perhaps every New Yorker's favorite food, bagels were brought to the city in the 1800s by Eastern European Jewish immigrants. There are lots of places to try them, but we recommend Absolute Bagels, which often has lines out the door, and for good reason. Don’t worry, they move fast. Just join the crowd and pick up a piping hot bagel, filled with your choice of delicious morsels. Murray’s Bagels in Greenwich Village is another top pick for tempting, traditional bagels so fresh the staff refuse to toast them. 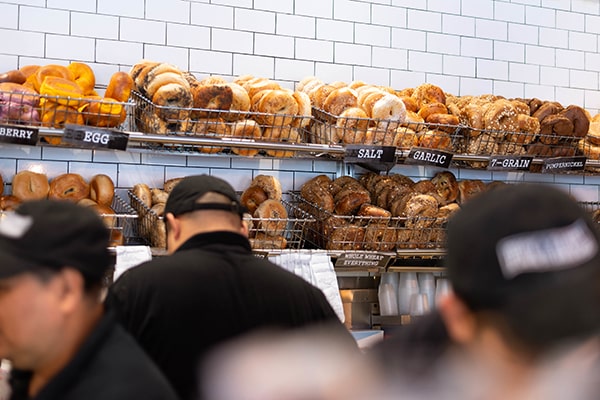 What are cronuts, we hear you ask? Simple, a cross between a doughnut and a croissant. Dominique Ansel Bakery in Soho claims to be the place where the cronut was first invented. So come and try these deep-fried delights. If you prefer something a bit more traditional, head to Dun-Well Doughnuts in Brooklyn. You can choose from over 200 flavors, from the traditional sugar glazed to the more unusual, like Pina Colada and Crème Brûlée.

If you know your Sex and the City, you’ll already know about Magnolia Bakery. This chain put New York firmly on the cupcake map and established the whole cupcake craze. You can choose from a huge range of flavors, or opt for other sweet treats. Top tip: their banana pudding is to die for. If you want to skip the lines, head over to Billy’s Bakery for a mouth-watering range of colorful cakes. 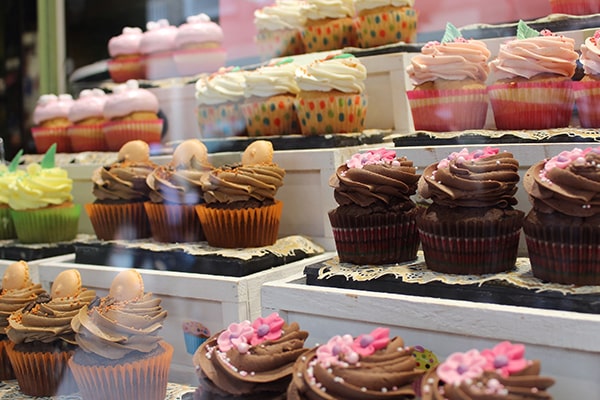 We hope you like your crust thin and crispy. That’s how it comes New York style. No two locals will ever agree on the best place for pizza, so we’ve stuck our necks out and gone for America’s first pizzeria. Lombardi’s was established in 1905. Others say that Roberta’s is the best place in town for a slice or two.

So what keeps the city that never sleeps going all night? It could be something to do with the coffee. There seems to be a coffee shop on every corner. If you need a pick-me-up, Blue Bottle Coffee is one of our top choices. There are 7 outlets across the city, all serving their own California-roasted coffee. Café Grumpy is also worth checking out, with 6 cute cafes in Manhattan and their own roastery in Brooklyn. 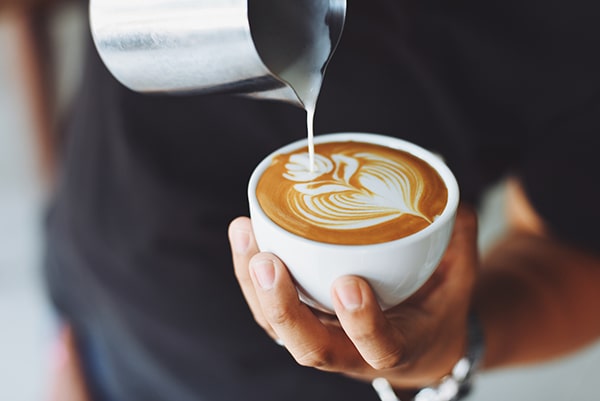 Brunch is a big deal in New York. So why not make like a local and enjoy a lazy, late weekend breakfast? Whether you’re looking for cheap eats or a lavish meal, there are lots of brunch spots to choose from. For a filling bite that won’t break the bank, try trendy Enid’s in Brooklyn. The menu includes huevos rancheros, burgers and eggs, done just the way you like ‘em. Sugar and Spice Bake Shop on City Island is another gem that serves up pancakes, waffles and everything else brunch-related. And, if you’re in Brooklyn, try Dizzy’s for a traditional diner with a modern twist.

Ready to sample these mouth-watering treats and more? Start planning your foodie holiday to New York today. Along with diners and restaurants, you’ll find snack stalls and food trucks throughout the city. Get ready to do some serious snacking in between all that sightseeing.