Winter in New York is all about magical lights, snow-covered sights, and plenty of seasonal attractions and events to keep you entertained. Wrap up warm and enjoy touring the landmarks, ice skating in Central Park and eating your way around the city.

New York lines up a few European-inspired Christmas markets and events over the festive period. The big one is Bryant Park Winter Village, which is full of gift stalls where you can pick up homemade trinkets and food stands selling everything from cookie dough to cheesesteaks. There’s also a free ice rink to enjoy – all you have to do is rent some skates.

The Grand Central Holiday Fair is the market for you if you prefer to stay out of the cold. This indoor market is packed full of stalls selling handmade crafts, clothes and locally-made goods. It’s also next to some of New York’s best sights – like the Empire State Building – so you can tick off your sightseeing and Christmas shopping at the same time.

Take to the ice

Ice skating is a quintessential New York winter activity, as you’ve probably seen in many Christmas films set in the iconic city. The ice rink at the Rockefeller Center is the most popular option and has the iconic Rockefeller Center Christmas tree right next next to it. It’s open from October to January, with prices tending to drop post-Christmas.

There’s also the Wollman Rink in Central Park which is the more romantic option. Here you’ll get views of Central Park’s natural landscape and a striking backdrop of skyscrapers. Ice skating isn’t just for Christmas here – the rink is open from October to April, so you can enjoy it throughout the whole of winter.

If you’re lucky enough to be in the city when it snows, buy a sled and whizz down the hills of Central Park which basically become toboggan central. 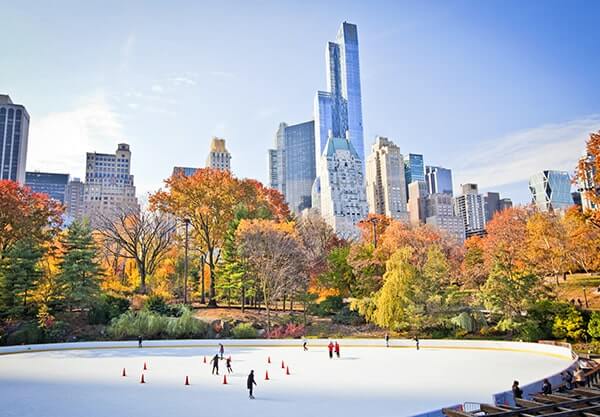 Find the nearest Big Bus Stop to the Rockefeller Center

Find the nearest Big Bus Stop to the Wollman Rink

Join in the festive celebrations

There’s so much going on in New York in the run up to Christmas. Don’t miss the chance to see the giant Christmas tree at the Rockefeller Center and watch the Radio City Christmas Spectacular with festive performances from the New York City Rockettes. And, if you’re in the city for New Year’s Eve, head to Times Square for the annual new year countdown and ‘ball drop’. 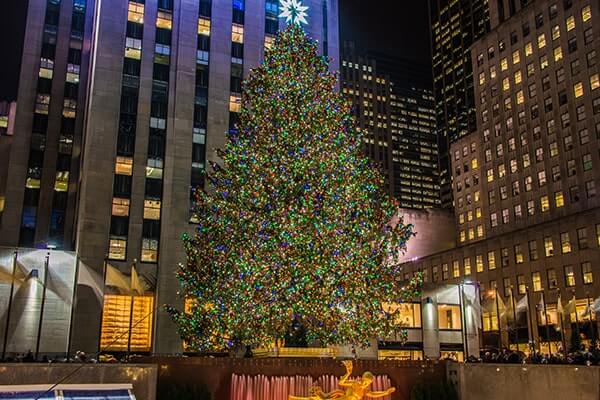 Travelling between mid-January and mid-February? Join in the Chinese New Year celebrations in New York’s Chinatown. There’s a huge Lunar New Year parade to watch, traditional streetside entertainment, and steamed dumplings sold on every corner. You’ve also Winter Jazzfest in January every year where you can fight off the post-Christmas blues with some performances from established and up-and-coming jazz artists.

Eat your way around the Big Apple

New York’s gastronomic scene is one of the best in the world. Top chefs from the city’s best restaurants and pop ups rustle up experimental dishes and Michelin-starred meals for you to enjoy. And, there’s no better time than winter to try all that delicious fare. Feast on pecan pie, French toast and waffles at Buttermilk Channel in Brooklyn, which is a great option for brunch. Or, tuck into home cooked hearty Italian fare at the cosy Heidi’s House on Upper East Side. If you’re in the city at the end of January, you can make the most of NYC Restaurant Week – the winter edition, and enjoy discounts and special set menus at over 300 participating restaurants. 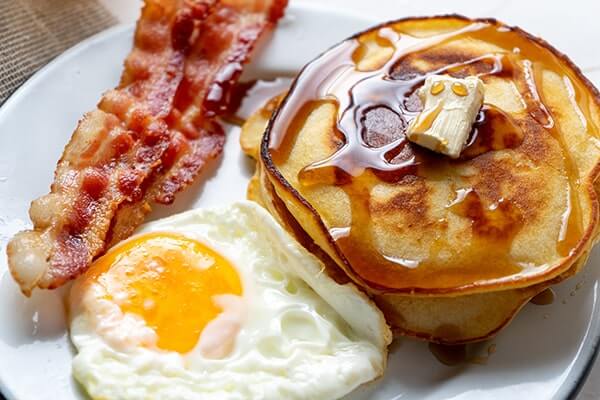 Book your winter escape to New York today. The city that never sleeps is simply magical over the winter season and you might even be lucky enough to get some snow. Check out our New York attractions for inspiration on what to do in the city. For more idea's of where to visit next, check out our guide to the Best Places Visit in Winter.