Spending a long weekend or minibreak in Los Angeles? The City of Stars lines up film-set scenery, world-class theme parks, and plenty of star-spotting opportunities.

Los Angeles has the perfect combination of laid-back and fast-paced attractions, plus loads of iconic film locations you just have to visit. Take the city’s only hop-on, hop-off bus tour on your first day to get your bearings in the city, and stop at any sights that take your fancy.

You can’t miss the Hollywood Walk of Fame. This famous 2,600-strong avenue of stars is embedded into the sidewalk, featuring everyone in the world of entertainment from Marilyn Monroe to Simon Cowell. In the middle of the Hollywood Walk of Fame, you’ll find the Chinese Theatre, where you’ll see the famous hand and footprints of the celebs. There’s also Rodeo Drive – made famous in the film Pretty Women – where you can window shop in the expensive designer stores. And, Mulholland Drive, where you can take a peek at the swanky homes of the stars. For a closer look into how the Hollywood A-Listers live, take the Celebrity Homes & Lifestyle Tour. You'll pass the luxurious homes and hangouts of stars from film, TV and music, and explore the neighborhoods where the rich and famous hang out as well as recognizable filming locations. After you’ve had you’re A-list fix, head to downtown Los Angeles to explore the historic theaters and Art Deco buildings. 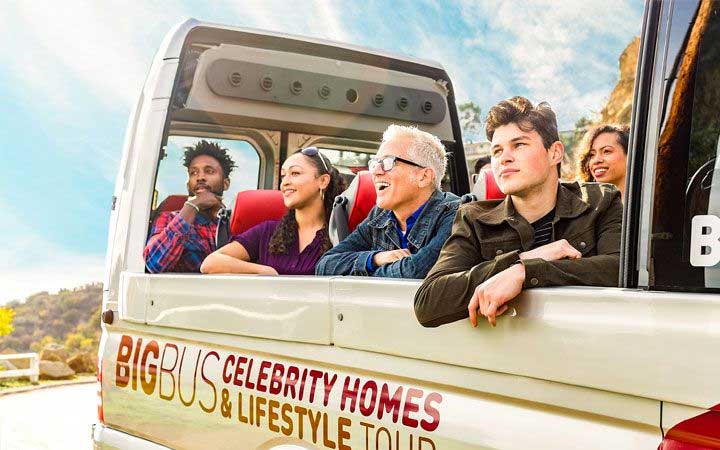 Carry on your star-spotting experience at the Griffith Park Observatory, one of Los Angeles’ must-sees. It’s free to enter and there are loads of astrological exhibits to browse, a planetarium, and giant telescopes you can use to constellation-spot. You’ll also get incredible sunset views of Los Angeles, Santa Monica and the Hollywood sign, so don’t miss a trip to this iconic building. 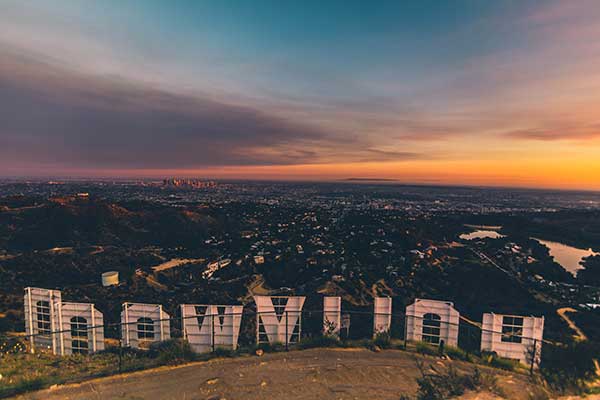 If day 1 whet your appetite for thrills and spills, day 2 will take them to the max. Spend the day at one of Los Angeles’ many theme parks – there’s one for every kind of thrill seeker.

If you love your pop culture and films (you are in Hollywood after all), head to Universal Studios Hollywood. This theme park is dedicated to films with rides and attractions from The Simpsons, Jurassic Park, Harry Potter, and Despicable Me. Here, you can also do the Studio Backlot Tour, and see loads of famous movie sets that were actually used for filming. The one-hour train ride takes you through the Back to the Future town square, the house from Psycho, the pier from Jaws, Wisteria Lane from Desperate Housewives, and many more. 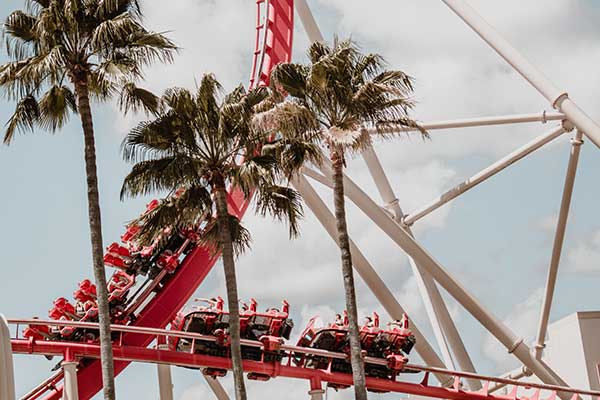 Travelling with the kids? Make a beeline for Disneyland California – the first and original of the Disney parks. There are two epic parks to explore here with rides and attractions for kids (and big kids) of all ages. The ones you can’t miss are Splash Mountain, Space Mountain and Indiana Jones Adventure.

After all that jam-packed sightseeing and thrilling rides, spend your final day chilling out and enjoying Los Angeles’ beach scene.

Venice Beach is famous for its free-spirited and bohemian vibes. Stroll along the boardwalk and you’ll come across buskers, bodybuilders, acrobats and mime artists performing on the street. There are also loads of quirky shops where you can pick up some unique souvenirs or get your fortune told, plus boutiques, coffee bars and restaurants. Over on nearby Santa Monica, Venice Beach’s sophisticated next door neighbour, you’ve got Art Deco buildings, upscale restaurants and an amusement park on the pier.

To experience both areas at their best, head to Venice Beach during the day when it’s at its liveliest. And then make your way to Santa Monica for the evening to enjoy the restaurants and attractions of Santa Monica Pier. 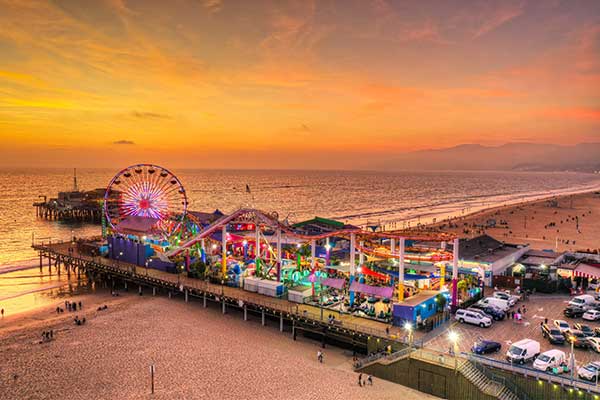 Ready to take on Los Angeles and see its best bits in 3 days? Follow our itinerary above and you’ll see all of the city’s main hotspots, meet Los Angeles’ colourful characters (and hopefully some celebs), and enjoy some downtime on the beach.