Los Angeles boasts year-round good weather. The winters might not be as hot as the summers, but the temperatures are mild and there’s plenty of sunshine. Head to Tinsel Town in winter and you can still get a taste of LA’s outdoorsy lifestyle and enjoy loads of seasonal attractions.

Hiking LA’s hilly landscape is the best way to get a taste of Los Angeles life. You’ll get to explore the natural landscape surrounding the city, do some great people-watching, and get amazing views of Los Angeles too. The cooler winter temperatures mean it won’t be so sweaty and, as it’s low season, the hiking trails won’t be as busy too.

There are several hikes you can take in the area. One of the well-known trips is a walk up to the Hollywood sign and the Griffith Park Observatory from central Hollywood. From the top you’ll get an amazing view of the Hollywood sign (in front or behind) as well as the city below. The best sunsets in LA are in winter, thanks to the clear skies, so don’t forget to take plenty of snaps. 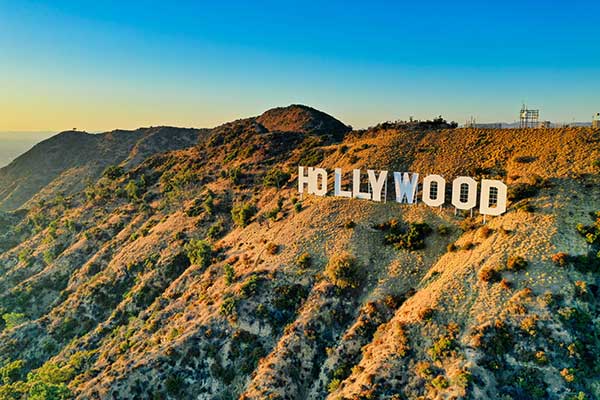 Los Angeles’ best theme parks are open all year round. And visiting in winter means you can enjoy the rides and attractions without the endless queues and crowds. You’ve got Disneyland for families, Six Flags Magic Mountain for thrill seekers, and Universal Studios Hollywood for film buffs. As well as enjoying the movie-themed rides and attractions at Universal Studios, you can also hop on a backlot tour and see some classic film sets like the town square from Back to the Future. The theme parks get busier over Thanksgiving and Christmas, but if you’re visiting then, you’ll get to enjoy the special festive decorations and shows.

From November to January every year, Los Angeles Zoo transforms into a winter wonderland. The entire zoo is covered in hundreds of light displays and innovative, animal-shaped light sculptures which feature projections and music to animate them. The actual animals in the park might be asleep, but the zoo is still a great festive attraction for families. On selected dates there are also reindeer visits and Santa makes an appearance too. 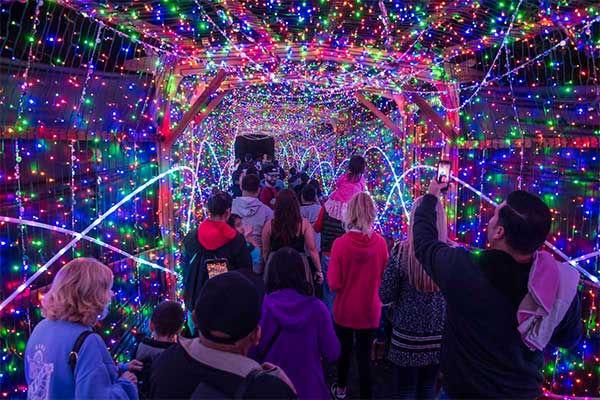 Rub shoulders with the stars

The most important event in LA over the winter is awards season – you’ve got the Golden Globes, the Emmys, the Oscars, the Grammys and many more. Anyone who’s anyone in Hollywood flock to the city for these events, and it’s a great opportunity to enjoy the glitz and glamour of the season and feel like a celebrity yourself. Some of the awards shows are open to the public, so check the official websites for a chance to nab tickets. And, there are special events and cultural celebrations throughout the city where you can do some serious star spotting too.

If you want a behind-the-scenes glimpse of the sets of your favourite TV shows, take the Warner Bros. Studio Tour. You’ll get a ride through the backlots and stop in on shows like The Big Bang Theory and The Ellen DeGeneres Show. You might even spot some celebrities on set if you’re lucky.

Check out the museums

If you do get a particularly cold or rainy day in LA, there’s still loads to keep you busy. Head to the Hollywood Museum to get the lowdown on Tinsel Town’s legacy and learn all about film production and the latest cinema technology. Or, visit the Natural History Museum to see dinosaur fossils, natural minerals, and archeological artifacts. If you want to get selfies with celebs, make a beeline for Madame Tussauds where you can take as many snaps as you fancy with the likes of Marilyn Monroe, Johnny Depp and even King Kong. 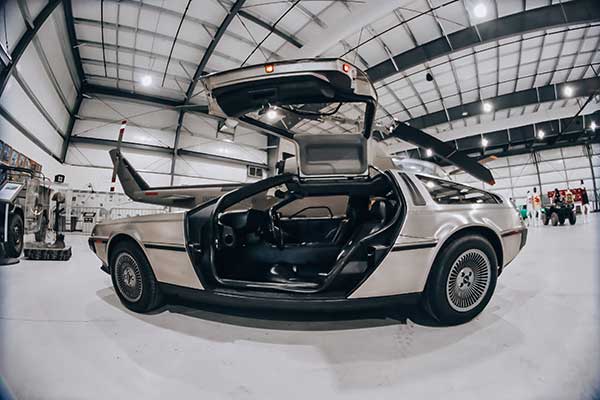 Start planning your winter trip to LA today. Not only will you make the most of the cooler temperatures and lower crowds, you’ll get the chance to do some serious star spotting when awards season comes around.