The weather in Los Angeles is pretty much perfect all year round. But, summer is when the action happens. You’ve got festivals, food trucks, the fourth of July, and LA’s special summer events to keep you busy.

If you’re planning an American adventure, here’s our round-up of things to do this summer in Los Angeles…

Go star spotting at the observatory

There are plenty of places to see stars in LA – both the A-list kind and the ones in the sky. If you’ve seen the film La La Land, you’ll recognize the celestial setting of the Griffiths Park Observatory. This must-visit spot is free to enter and gives you both amazing views of the surrounding city and some cool astrological exhibits to explore.

You can do some constellation-spotting through giant telescopes, see a huge Tesla coil circuit in action, and lie back and gaze at the night sky in the planetarium. This spot is also the perfect place to get a selfie with the Hollywood sign, so don’t miss a trip to the iconic building. 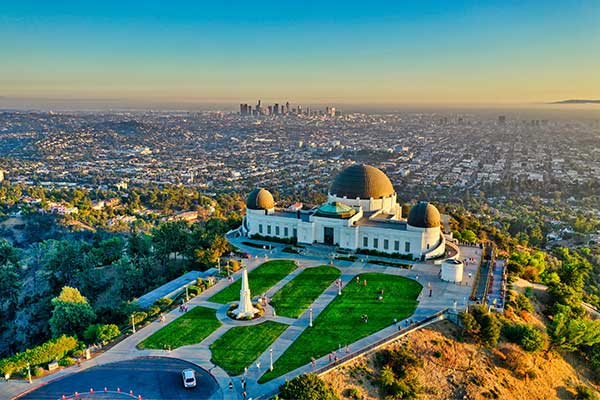 Get your dose of movie magic

There’s something extra special about watching classic films right in the movie capital of the world – Hollywood. Over summer in Los Angeles, there are plenty of sunset film screenings in the city’s green spaces and rooftops. So grab a picnic blanket, a bottle of wine and get ready for the show. You can catch classic flicks at the Hollywood Forever Cemetery (yes, really), the Rooftop Cinema Club, and Street Food Cinema where there’s live music and gourmet food trucks along with the screenings. Movies range from cult classics like The Princess Bride to cheesy favourites like Spice World, so there’s something for every film fan.

If you’re in Los Angeles on the Fourth of July, there are loads of celebrations to join in. Spectacular firework shows take place at Marina Del Rey, the Hollywood Forever Cemetery, Long Beach and the Hollywood Bowl, to name a few. If you really want to get in on the action, head to Grand Park for a special Independence Day party complete with 45 food trucks, live music and, of course, fireworks. There’s also the huge AmericaFest at the Rose Bowl Stadium which is perfect for family fun – crafts, games, inflatables and a motorbike stunt show are on the agenda.

And finally, if you need an excuse to visit the Happiest Place on Earth, Disneyland put on a special patriotic red, white and blue version of their nightly fireworks show for a truly unique experience.

Chill out on Venice Beach

The bohemian Venice Beach is so much more than just a slither of sand – the place has to be seen to be believed. Its boardwalk is packed full of quirky shops, boutiques, coffee bars and entertainment galore. Stroll along this free-spirited corner of the city and you’ll see buskers, bodybuilders, mime artists and acrobats regularly performing. Over summer, there are music festivals and art shows taking place, plus on the first Friday of each month a live music and food truck extravaganza to enjoy. 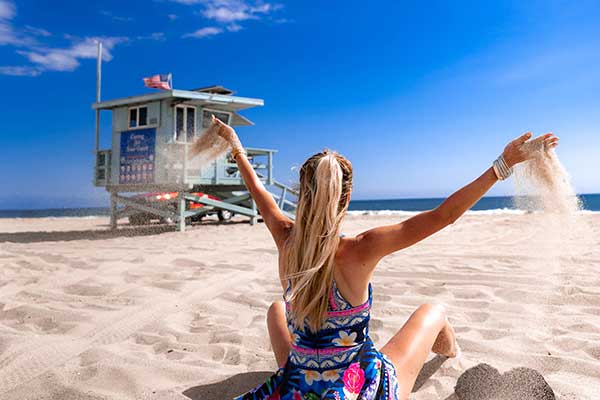 Stroll along the Venice Canals

LA has its very own little slice of Italy. The Venice Canals Historic District is a network of man-made canals designed by developer Abbot Kinney and inspired by, of course, Venice. This gorgeous, peaceful walkway lines up pretty bridges, boats, colourful houses and manicured gardens. It’s the perfect place for a relaxing stroll and as many photos as you can snap. Plus, it’s close to Venice Beach and Marina del Rey, so you can combine a visit to both places in one trip. 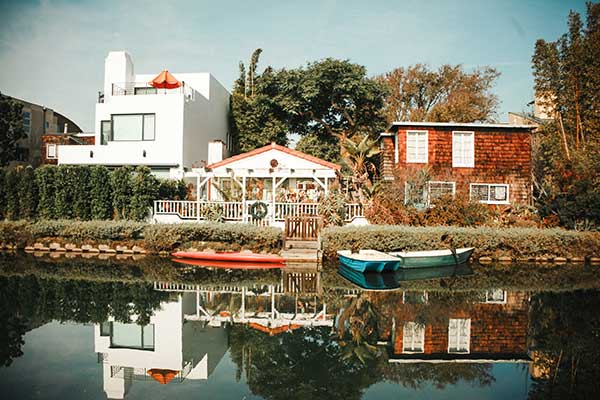 Summer in LA is all about fun, fireworks and a huge dose of movie magic. It’s just four hours away from Las Vegas, so you can combine two cities in one trip and tick loads more items off your bucket list. Browse our Los Angeles and Las Vegas tours for more inspiration for your itinerary.