Got 3 days to explore the USA’s capital city? Plan your Washington DC itinerary well and you can pack a lot into just 72 hours. Washington DC is famous for its marble monuments, world-class museums and, of course, being the home of the president. But there’s so much more to discover in the city including lively jazz bars, aquatic gardens, and a zoo you can visit for free.

Washington is packed full of National Landmarks, opulent buildings and impressive statues and you’ll want to see them all. Spend your first day getting well acquainted with this historic city by taking a hop-on, hop-off guided bus tour around the best landmarks. There’s the Lincoln Memorial, the Washington Monument, the Jefferson Memorial and many many more.

Your tour will start with the huge US capitol building, which is the home of the United States Congress. There’s a botanical garden to explore, along with several monuments and famous libraries. You’ll then carry on your political journey to the beacon of the city, the Washington Monument, and the famous city memorials. There’s the Roosevelt Memorial which is made up of four outdoor rooms, the Korean War Veterans Memorial which features 19 soldier statues, and the Lincoln Memorial which is where Martin Luther King Jr delivered his ‘I Have a Dream’ speech.

After a tour of the monuments and memorials, you’ll be taken to Ford's Theatre which is the famous site of Abraham Lincoln’s assassination. You’ll then finish off with the one you’ve no doubt been waiting for – the White House. Wave to the president through the gates and try to catch a glimpse of his helicopter flying in. 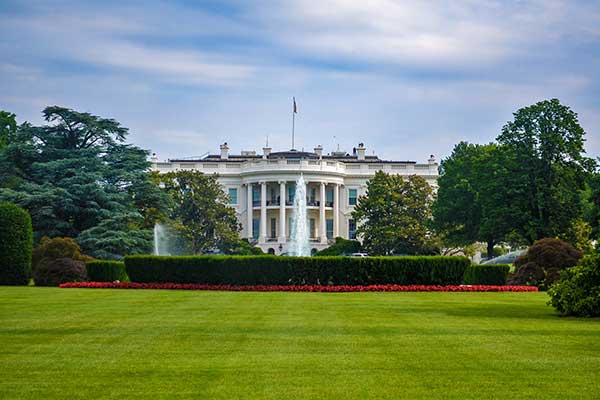 For your first evening in the city, head up to a rooftop bar and enjoy a cocktail with a view. Brixton DC is a three-levelled, British-themed pub on U Street. There’s a restaurant on the first floor which serves British classics like beer battered fish and chips. And, there’s a huge roof deck on the top floor where you’ll get amazing views across the city.

Now that you’ve whizzed past the main city sights, we bet you’re itching to start exploring those museums and get closer to the monuments.

Washington DC boasts an impressive line up of world-class museums and collections to wow just about everyone. There’s the National Museum of Natural History which is home to an 80-foot dinosaur skeleton and loads of interactive exhibits. And, the National Air and Space Museum which holds a huge collection of space craft and out-of-this-world memorabilia.

The one you can’t miss is the National Museum of American History. This place contains hundreds of unique exhibits from both pop culture and political history. Highlights include Abraham Lincoln’s famous top hat, Dorothy’s red slippers from the movie The Wizard of Oz, and Harry Potter's Hogwarts robe from the Harry Potter film franchise. 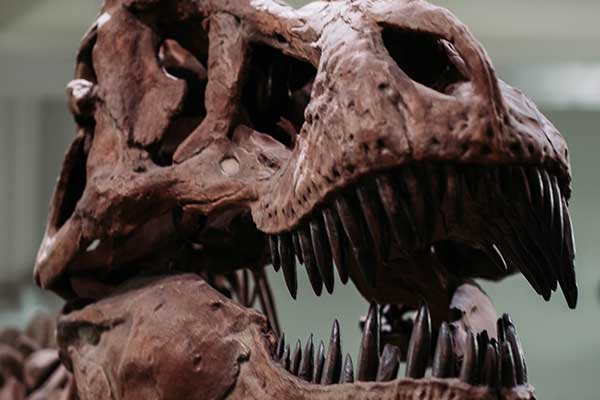 With a bit of advanced planning, you can set foot into the White House and take a public tour around the home of the president. American citizens can make a public tour request through their local member of Congress. The request needs to be submitted three months in advance and no less than 21 days prior to the trip. Or, international visitors can contact their home country’s embassy in Washington DC to request a tour. Good luck!

If you’re visiting Washington DC in summer, there are plenty of events going on to keep you entertained. Regular sunset film screenings are held at the Georgetown cinema where you can enjoy a picnic while watching classics like Dirty Dancing and Grease. Or, if you’ve got your car in tow, head to the drive-in theatre at Union Market for an American drive-in movie experience.

You’ll also find free musical performances on the West Lawn of the US Capitol building over summer. Or, you can book a show at Ford’s Theatre which continues to honor Lincoln’s love of the performing arts with captivating and entertaining shows.

If you love sports, don’t miss the chance to catch a Washington National’s baseball game at the Nationals Park stadium. The season usually begins in March and ends around September. Or, if you’re more of an animal lover, head to Washington DC’s Smithsonian National Zoo. It’s free to enter and you’ll see giant pandas, elephants, lions, giraffes, bears and orangutans, to name a few. There are daily feeding demonstrations, animal training shows and zookeeper talks to keep everyone entertained.

If you’ve got time to spare on your final day, head to Arlington National Cemetery which is the largest military cemetery in the US. Here you can see the gravesite of President John F Kennedy and other members of the Kennedy family. Don’t miss the Changing of the Guard ritual which takes place every hour from March to October. 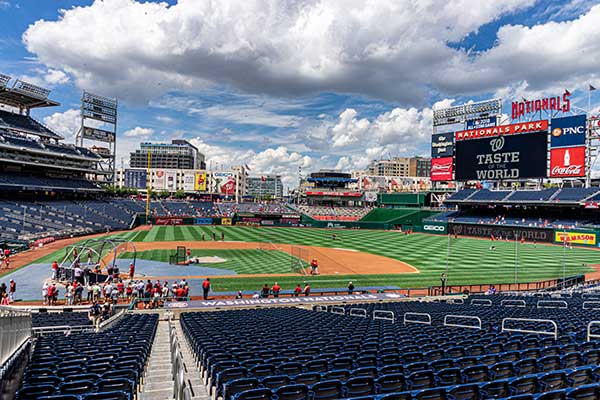 For your final evening in Washington DC, experience the delights of Georgetown. This university town is Washington DC's most historic neighborhood, and the former home of many of the Presidents. It’s also a popular nightlife spot with a huge range of bars and restaurants. There’s Blues Alley where you can watch local jazz artists, The Tombs where you can take advantage of great drinks offers, and Degrees in the Ritz Carlton, an upscale bistro.

Ready to experience Washington DC’s best bits? Follow the itinerary above and you’ll get the perfect balance of historical sights, fun museum exhibits and cultural experiences. Browse all of our Washington DC bus routes for more itinerary inspiration.