If you’re a movie lover or a pop culture buff, you’ll love stepping onto the real-life sets of some of your favourite films and TV shows.

From Star Wars planet Jakku to Notting Hill’s house with the blue door, here’s where you can recreate those iconic scenes…

Central Park in New York City is officially the world’s most-used film location. It’s made an appearance in over 200 films, including Christmas classics like Home Alone 2 and comic book blockbusters like The Avengers. Take a stroll around the gorgeous, skyscraper-lined green oasis and you’ll recognise the ponds, bridges and sculptures that have featured in your favourite films. Elsewhere in the city, you’ll recognise Tiffany & Co’s flagship store from Breakfast at Tiffany’s, the New York Public Library from Ghostbusters and countless locations from Sex and the City. Don’t forget to grab a pastrami sandwich from Katz’s Delicatessen in Lower Manhattan – the deli that was the setting for that famous scene in When Harry Met Sally. 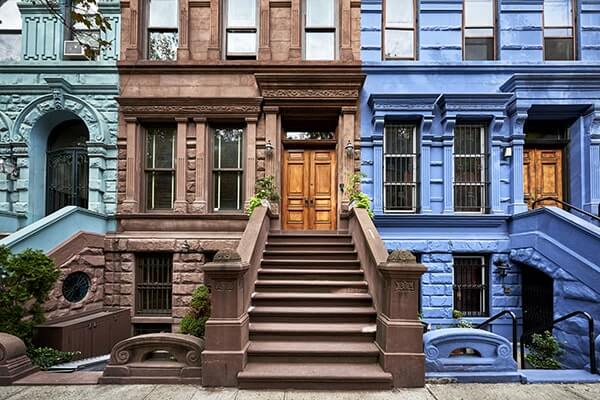 Of course you’d expect Hollywood to be jam-packed full of movie locations. And, the good news is, you don’t have to sneak into a studio to explore some of the famous sets. Head up to the Griffith’s Park Observatory and you can recreate the musical number from La La Land. Or, whip out your credit card and hit the shops on Rodeo Drive like Julia Roberts did in Pretty Woman. To see some of the real-life sets used in iconic Hollywood movies, pay a visit to Universal Studios Hollywood and take the Studio Tour. You’ll see the town square from Back to the Future, the creepy house from Psycho, Wisteria Lane from Desperate Housewives, and more. 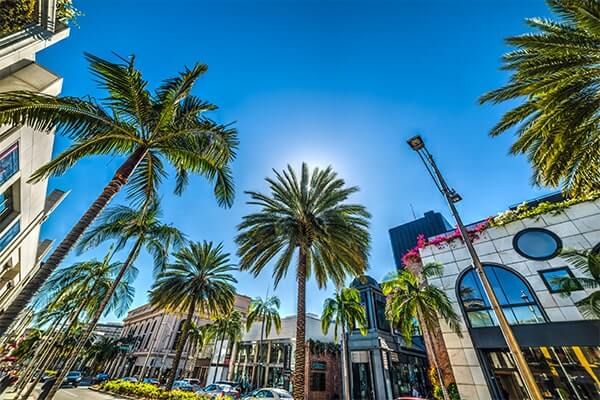 London is the backdrop for loads of historic flicks, like The King’s Speech and The Darkest Hour, soppy romantic comedies like Notting Hill, and action-packed blockbusters like Skyfall. The most-used locations in the city are the South Bank and Canary Wharf, which have made appearances in over 100 films, including Rogue One and Spectre. You’ve also probably spotted Piccadilly Circus many times in the likes of Harry Potter and the Deathly Hallows, Sherlock Holmes and Bridget Jones’s Diary. If you pay a visit to Notting Hill in West London, you can see the house with the blue door made famous in the film Notting Hill. And, if you’re a Harry Potter fan, pay a visit to Kings Cross where you can visit Platform 9 and ¾ (which was actually filmed on platforms 4 and 5 in the station) and then pose by the replica Harry Potter trolley there. 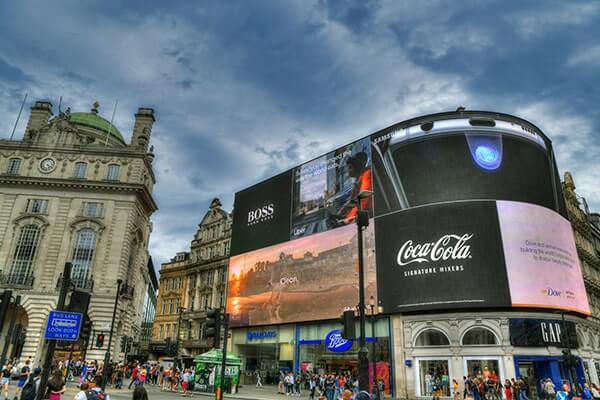 The UAE is becoming a popular filming location for Hollywood blockbusters. It’s got dramatic soaring skyscrapers, luxurious settings and empty desert surroundings which are perfect for an epic movie backdrop. Star Trek Beyond, Mission Impossible: Ghost Protocol, and Fast & Furious 7 have all been recently shot in Dubai. And, nearby Abu Dhabi made the cut for the desert scenes in Star Wars Episode VII – The Force Awakens to represent the planet Jakku. You’ll also recognise the uber-glamorous Emirates Palace Hotel which took centre stage in Sex and the City 2. 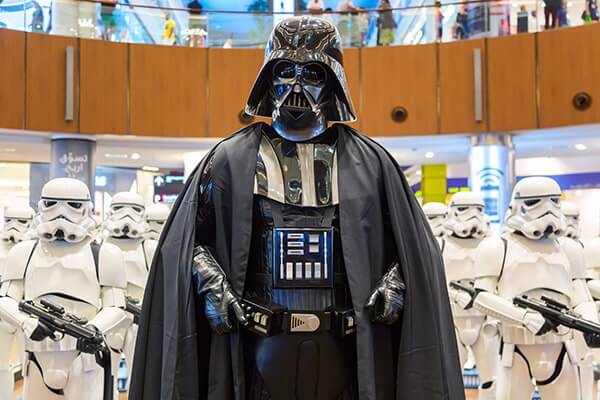 Hungary’s atmospheric and grandiose capital has long been the setting for loads of big flicks, and it’s getting even more popular. In fact, some are starting to dub the city ‘the Hollywood of Europe’, so make Budapest your first choice for star spotting. Blade Runner 2049, Atomic Blond and Terminal were all recently filmed in the city. When it comes to famous sights, you’ll recognise St. Stephen’s Basilica from Evita, and Inferno with Tom Hanks. And, The Four Seasons Hotel Gresham Palace which featured in the film Spy with Melissa McCarthy. Upcoming films being shot in this eastern European city include Terminator 6 and Gemini Man with Will Smith. 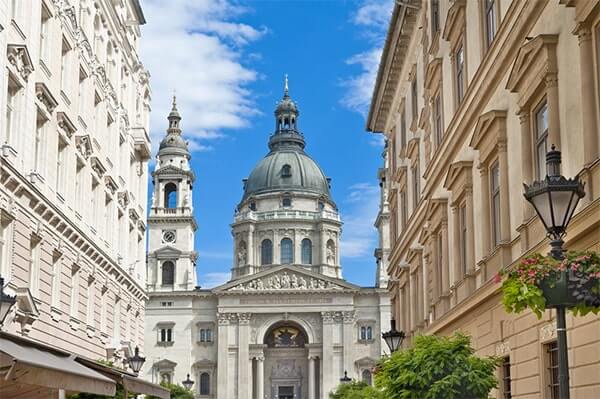 
Ready to do some star-spotting? Visit these famous movie locations from around the world and discover for yourself why these picturesque cities make the perfect backdrop for the biggest films and TV shows.