Spending summer in this Middle Eastern metropolis? Summer in Dubai might be sweltering, but there are plenty of cool places to hang out (we promise). Plus, you’ll find that Dubai’s best restaurants and attractions are much quieter over summer, giving you pretty much free rein of the city. Win.

Spend days at the mall

Dubai is a city of record-breaking skyscrapers and attractions, and its main shopping centre, The Dubai Mall, just happens to be the biggest in the world. Not only are there hundreds of shops, restaurants and cafes, there are 22 cinema screens, a giant aquarium, and a theme park with 15 rides and attractions – phew. During summer, when you want to get out of the heat, you’ll find free festivals, events and entertainment to keep you busy, plus kids’ clubs to occupy the little ones. It’s the only mall that you could literally spend days in. And, if you’re not quite done shopping, there’s The Mall of the Emirates, Dubai Marina Mall and the WAFI Mall to check out after. 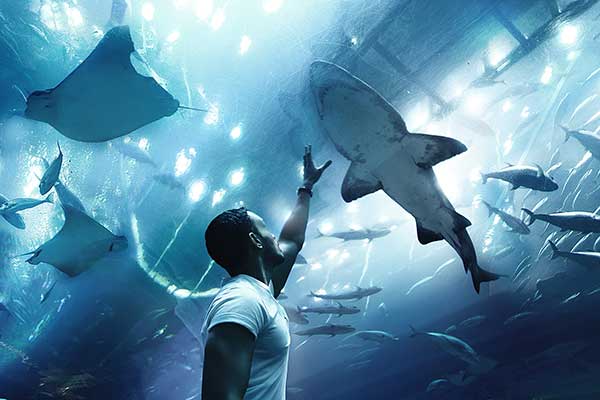 Dubai’s theme parks are handily located in huge air conditioned indoor spaces, so you won’t be sweating buckets while whizzing around on the rides. There are several parks for you to choose from, with attractions for families and thrillseekers alike. IMG Worlds of Adventure is officially the world’s largest indoor theme park. It’s packed full of rollercoasters, thrill rides and attractions, with Cartoon Network and Marvel being two of the main themed zones. There’s also Motiongate Dubai, is a Hollywood-themed entertainment park with rides based on popular films like The Hunger Games, Ghostbusters and Madagascar.

Fill up on brunch

Friday is the first day of the weekend in Dubai, and it’s traditional to do brunch. But, not just any old brunch – these are a big deal and all about extravagance. Mile-long lines of sushi and never-ending chocolate fountains are all run-of-the-mill here. And the all-you-can-eat buffet spreads and all-you-can-drink beverage stations make it more of a day long affair. There are so many brunches to take your pick from, each with a different vibe, whether you’re after fine dining, family fun or a huge party. The most popular options are Bubbalicious, where you’ll get a side of acrobatic entertainment with your Asian fusion feast, Double Decker where you can feast on the best of British cuisine, and Saffron which combines amazing desserts with pumping DJ sets. 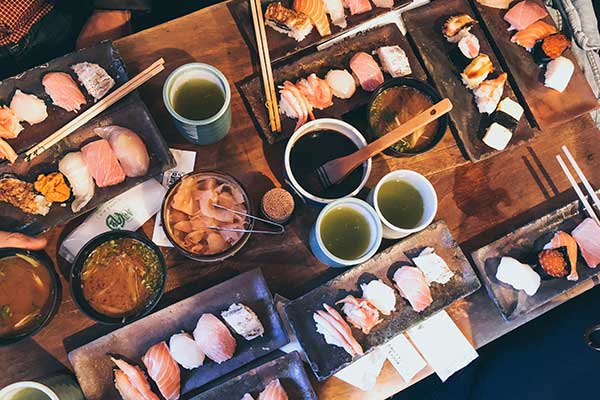 Hit the slopes in style

Yep, you can go skiing when the temperature outside is 40 degrees. Dubai Ski is one of the world’s biggest indoor ski slopes, and it’s located in the Mall of the Emirates. The huge 22,500 square metre space includes an indoor mountain, five slopes of varying difficulty, and the first ever indoor black diamond run. There are even Austrian-style chalets and evergreen trees dotted around the area to make you feel like you’re in the middle of the Alps rather than the desert.

Your equipment and jackets are provided with your ticket, so you won’t need to worry about lugging skis all the way to Dubai. To keep little ones entertained, there’s also a snow park which includes toboggan runs, ice caves, climbing towers and a body slide. 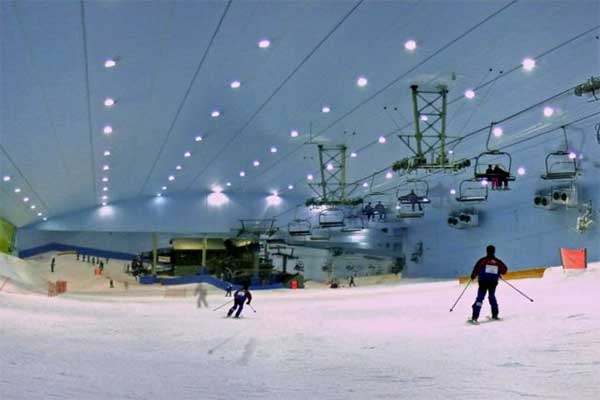 Get a history lesson at the museum

Contrary to popular belief, Dubai does have historic and cultural sights for you to visit. Head to Dubai Museum, located inside the city’s oldest building, the Al Fahidi Fort. Browse ancient archaeological finds dating back to 1,000 BC. The museum tells the complete Emirates history from founding to present day, and you’ll discover a side of Dubai that doesn’t involve skyscrapers and shopping.

Dubai might be basking in sunshine and sweltering heat over the summer months, but it’s still a great time to go. As it’s low season, you’ll find great deals on hotels and flights, plus less queues and crowds at all the top events and attractions. So, what are you waiting for? Start planning that trip today.