Enjoy a taste of fame with Big Bus Tours. Join our Celebrity Homes Tour to discover where the brightest stars of music, film and TV live, work and play. See current or former homes of stars like Michael Jackson, Madonna, Marilyn Monroe, Paul Walker, Frank Sinatra, Elvis Presley, Kylie Jenner and more! You'll also drive through the beautiful Hollywood Hills, Mulholland Drive and the famous Rodeo Drive. There will be a stop at Universal Overlook for picturesque views of the San Fernando Valley and Universal Studios, and get the opportunity to capture incredible long-distance photos of the Hollywood sign.
You'll travel like a VIP in our brand-new convertible Mercedes sprinter minibuses, complete with aircon and expert driver-guides. Keep your eyes sharp and you might even spot a few stars in their natural habitat!

Our Celebrity Homes Tour takes you on a bespoke journey into the exclusive world of Hollywood royalty. Enjoy a brush with fame as you pass the luxurious homes of stars from film, TV and music, including Michael Jackson, Madonna, Marilyn Monroe, Paul Walker, Frank Sinatra, Elvis Presley, Kylie Jenner and many more. Explore elegant neighborhoods like the Hollywood Hills, Mulholland Drive, Beverly Hills and Rodeo Drive, and enjoy a stop at the Universal Overlook for picturesque views of the San Fernando Valley and Universal Studios. Along the way, you'll see dozens of recognizable film and television filming locations, and landmarks like the Hollywood Sign, Griffith Observatory and more.

Get the inside scoop from our on-board experts

Our Celebrity Homes Tour driver-guides are zipcode pros, with insider knowledge about the luxurious homes of L.A.'s rich and famous, from A to Z-list. As they drive you around exclusive neighborhoods like the Hollywood Hills, Mulholland Drive and Beverly Hills, they'll point out celebrity homes, hangouts and hotspots, while sharing scandalous stories and facts about celebrities and the places where they work, live and play.

Our Celebrity Homes Tour operates daily, with departures at 11:00am, 1:30pm and 4:00pm. Hop on at Stop #1, the Big Bus Visitor Center at 6763 Hollywood Boulevard. As part of the online booking process, you will need to select your tour date and time. On the day, please arrive 15 minutes in advance of your tour start time. Guests without reservations will be seated on the next departing tour on a 'first-come, first-served' basis. The tour takes about 2 hours, with a stop for photos at the Universal City Overlook.

Plan ahead for your tour with our service updates

Visit our Service Information Page for up-to-date information about our current service.

If your circumstances change and you need to amend your ticket, we’ll need to know at least 72 hours before your tour.

The quickest way to make changes to your booking is by downloading the Big Bus Tours app and chatting with our friendly Customer Service team. 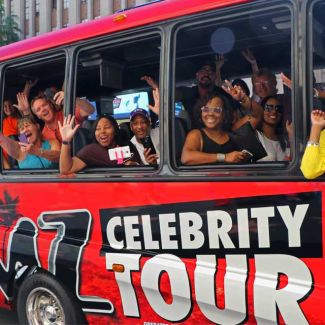 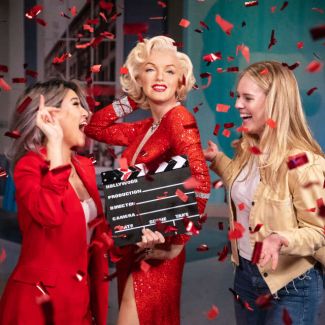 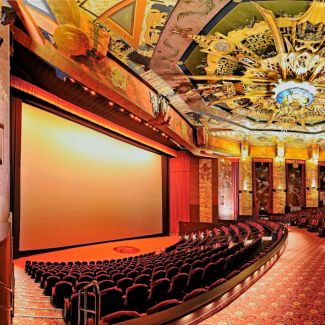 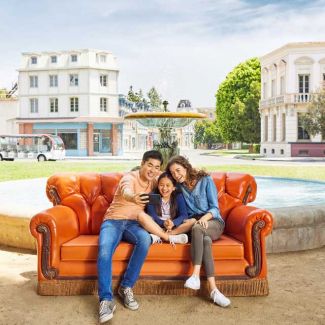 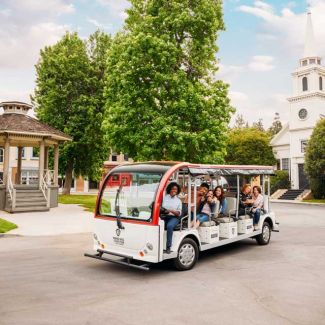 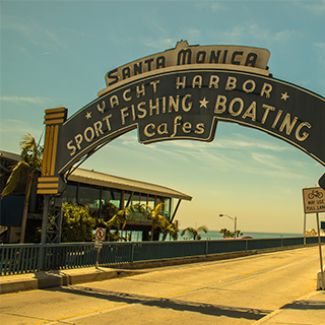 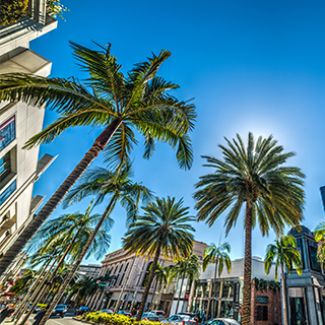 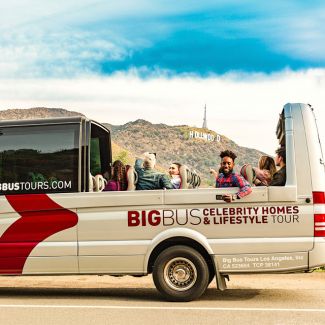