Top 10 Things to do in Chicago

It’s known as the Windy City, and the entertainment and sights here are certainly a breath of fresh air. If you’ve done your research then you know it’s home to some of the world’s most awe-inspiring skyscrapers. But there are plenty of other fun stuff to do in Chicago beyond going up in the world, like world-class shopping, fascinating museums and exciting attractions too.

Okay, let’s tick this one off the list first. You’ll feel a mile high as you look out from the 94th floor of the John Hancock Observatory onto the city streets below. Arguably one of the best views of the city, you’ll also be able to see the city streets up to 55 miles away, making for one extreme edition of the game Eye Spy. Don’t miss the Tilt while you’re here either– it's a tilting glass box that leans its passengers 35 degrees outside the building. This Chicago tourist attraction tends to sell out fast so beat the crowds and get yours ticket now. 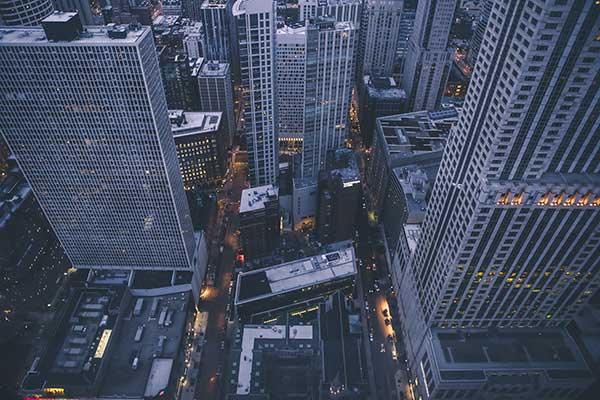 This is where Chicagoans come to take to the air. There’s a real party atmosphere going on, with a 200-foot high 'Centennial' Ferris wheel, lots of rides and attractions, and plenty of places to eat and drink too. You can also catch boats from here to take a Chicago sightseeing tour along Lake Michigan, a great choice for anyone visiting for the first time.

If you’re an art lover, this Chicago attraction is definitely for you. As it’s the second largest gallery in the USA you can expect there to be something for everyone, so even if you’re not an arts expert, it’s definitely worth a visit to this place. There’s so much more than just traditional painting and sculpture on display, check out the pieces of Frank Lloyd Wright furniture, gaze at the Japanese prints collection and marvel at the Egyptian mummies.Red Route, Stop: Art Institute of Chicago 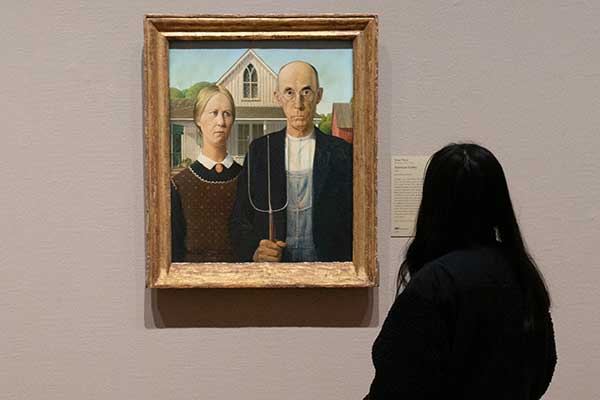 Want to make some waves while taking in the sights? Charge across Lake Michigan on a speedboat and hear the history from your onboard guide. Keep your camera at the ready as you cruise along Chicago's impressive coast, you’ll see everything from Soldier Field to Buckingham Fountain – one of the largest and most impressive fountains in the world. And if you haven’t quite got your sea legs, or want a Chicago tour that gives you the freedom to hop off and explore, choose one of our Big Bus routes instead.

There’s no mistaking why this place got its name, the shopping here really is a cut above. With every big-name fashion house, department store, eatery, café and bar setting up camp along the mile, it’s a shopaholic’s dream come true. The 13 blocks that make up the Magnificent Mile are home to around 460 world-class stores. And the view’s pretty spectacular too, with some of the tallest buildings in the US lining the route. You can quite easily spend an entire day here, making it a must for anyone wondering what to do in Chicago. 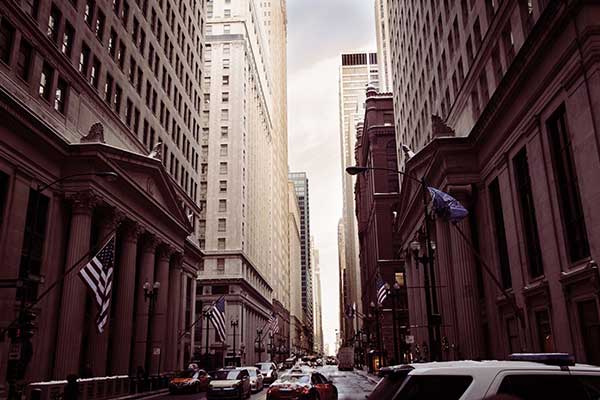 Chicago marked the new millennium by creating one of the world’s most vibrant and happening public places, Millennium Park. A firm favourite with locals and tourists alike, you can’t visit Chicago without a trip here. There’s live music, interactive public art, sculptures and plenty of places just to kick back and relax. Go for a picnic, grab an ice cream and watch the world go by.

Michigan Avenue Bridge was the world’s first ever double-decker bridge, and it’s now one of Chicago’s most photographed landmarks. Posing for a selfie in front of the Chicago landmark is practically a rite of passage, and if you’re very lucky you might be visiting the city when the bridge is raised to let sailboats pass through to the boat yards from Lake Michigan. Go at night to see the bridge shine brightly. 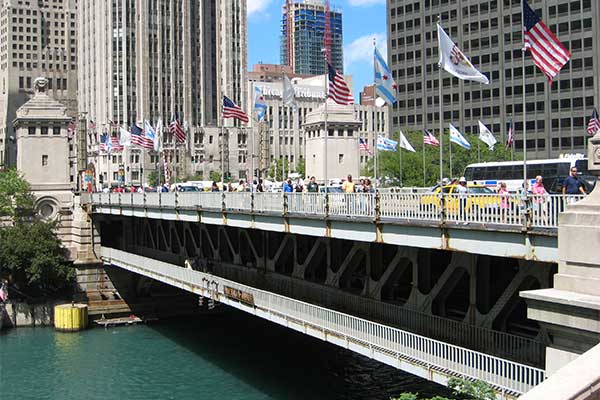 One of the best things to do in Chicago is go beyond the stars to galaxies far, far away in what was America’s first planetarium. Now a National Historic Landmark, you can explore permanent exhibits featuring fascinating artefacts, such as a telescope made in 1529 and the restored Gemini 12 spacecraft. Lie back and journey through the solar system in the Definiti Space Theater. Or experience the thrills and dangers of space travel as you fly over lunar craters in the Shoot for the Moon Exhibition.

The first movie palace in the country and where acting legends Frank Sinatra and Dean Martin shared center stage – the Chicago Theater boasts an incredibly glamorous history. It was first constructed in 1921, and it’s easy to see the influence the Royal Chapel at Versailles had on its lavish, five-story design. Book yourself on the Legendary Marquee Theatre Tour and you’ll learn even more about this famous venue. You’ll also get a peek at the autographs scribbled on the backstage walls by the incredible artists who’ve performed here. This is one Chicago attraction you don’t want to miss. 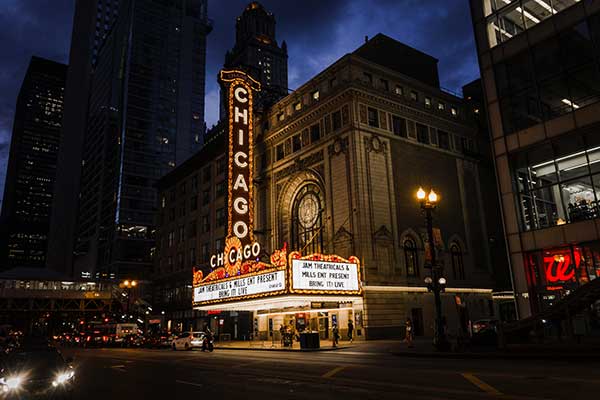 Board one of Shoreline Sightseeing's Architecture River Tours for fantastic views of some of Chicago's most interesting architectural and engineering masterpieces. You’ll gain insight into how these fantastic structures came to be while gently cruising through the city's waterways. River cruises depart from Shoreline Sightseeing's docks at Navy Pier and Michigan Avenue Bridge.

Our round-up of top things to do in Chicago is bound to keep you busy for the duration of your trip. Whether you choose one or two or make it a goal to tick all 10 off your list, you’ll be experiencing the very best of what the Windy City has to offer. And in between all the exciting activities, why not stop for a bite to eat at one of the Best Restaurants in Chicago?