Washington DC: 5 Pictures to Inspire You to Visit

If you’re wondering whether to take a trip to Washington DC, you’re in the right place for a little more convincing. The capital of the United States certainly doesn’t disappoint for iconic monuments, memorials, free museums and of course America’s front yard. A lot of history crammed into one city. But as much as we can tell you all the reasons why you should visit, we think a picture tells a thousand words, as the saying goes.

Here are 5 beautiful pictures to inspire you to visit Washington DC: 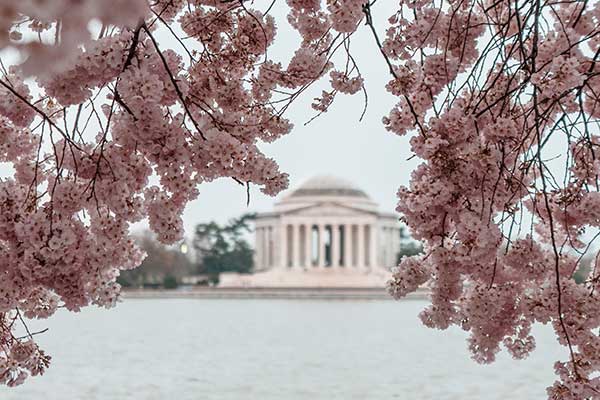 While Washington DC is a great holiday destination all year round, cherry blossom season is a special moment to witness. The floral fiesta takes over the city around late March to early April, and your Instagram snaps are instantly upgraded. Iconic monuments are adorned in a flurry of pink and the events that surround this season are great fun. The city really does come alive. There’s a Pink Tie Party, kite festival, performances, a parade, and so much more. And if you hop on a Big Bus tour, you’ll be spoilt with magical top-deck views of the season in full bloom. Keep an eye on Bloom Watch before you book your tickets, as the actual dates of the festival largely depend on how the cherry blossoms are growing. 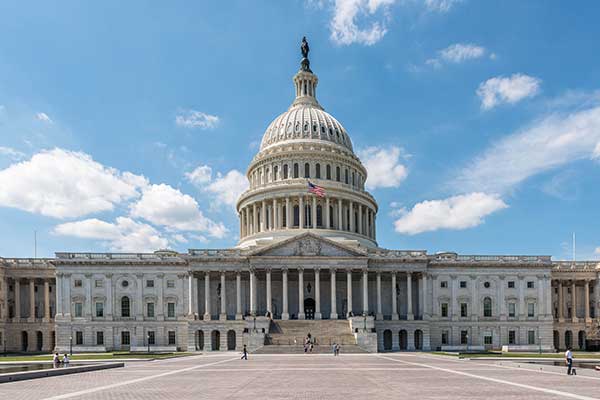 Home to the United States Senate, House of Representatives and Supreme Court, Capitol Hill is an iconic building recognised around the world. A must-visit on your trip to Washington DC. Its prominent location was decided by planner and developer Pierre Charles L’Enfant, who wanted it to sit on the crest of a hill, almost like a pedestal waiting for a monument. Where all newly-elected Presidents are inaugurated, Capitol Hill is a great place for a history lesson about this city. Visit Exhibition Hall as well as the Library of Congress to learn more. You’ll see original documents and artefacts, videos and interactive models. Then take a wander around the beautiful botanic gardens while you let it all sink in. 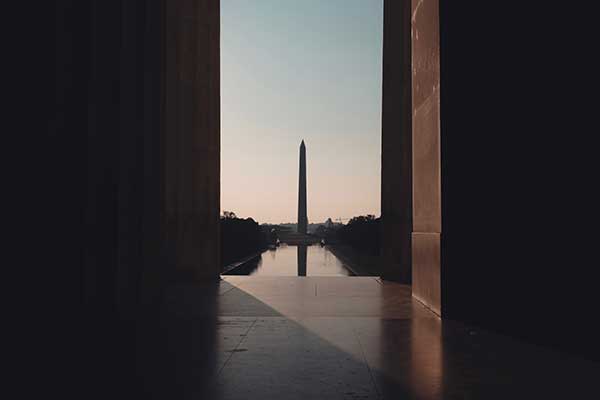 The monument to remember the city’s founding father, George Washington, by. The world’s tallest stone structure, in all its marble, bluestone gneiss and granite glory. Arrive early and bag yourself a free ticket to the top of this obelisk, offering spectacular views of the Smithsonian Museum and beyond. But if you’re too late, never mind, standing in awe and looking up at this momentous structure is completely free. Look out for the carved memorial stones, contributed by states, cities and individuals, located on the east and west interior walls. Would you believe, one such stone was lost for almost a century before it turned up at the bottom of a lift shaft? Head to the lake for sundown and see the stunning reflection it creates for yourself.


Find the nearest Big Bus Stop to The Washington Monument 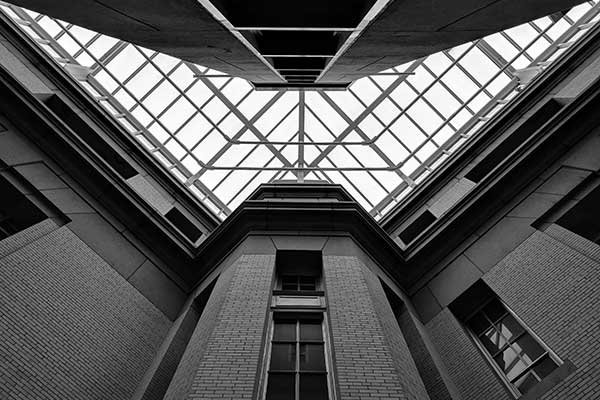 Built in striking red stone, the Smithsonian Castle is indeed a remarkable sight. Its design style is gothic meets Romanesque, and the castle lives as the focal point of the picturesque landscape on the Mall. The castle was originally planned to be built in white marble, then yellow sandstone, before the building committee finally settled on the red stone that makes it so eye-catching today. It was for cost reasons really! Inside you’ll find a visitor centre, where you can plan the rest of your trip, along with Victorian arches and dark woodwork. Learn about the history of the building and the little known about its founder’s life in the exhibit A Castle of Curiosities, and browse the art and artefacts representing all of the institution’s members at the Welcome to Smithsonian exhibit. 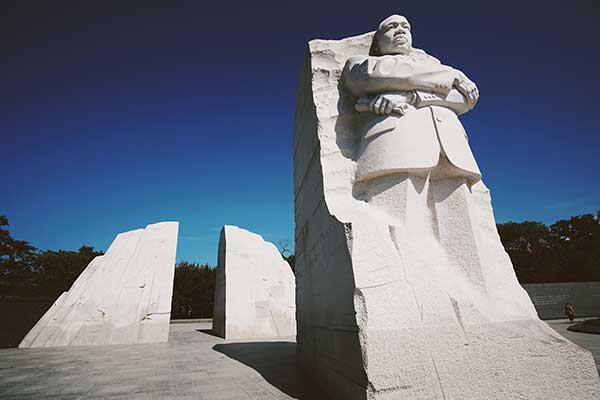 You’ve arrived at the very significant 1964 Independence Avenue. Named so to commemorate the 1964 Civil Rights Act, a bill that Martin Luther King Jr. helped to pass. Its positioning is purposeful, with King carved into the stone gazing out at the trees. Inspired by a line from his speech ‘I Have A Dream’ which reads “Out of the mountain of despair, a stone of hope”. A heroic leader, King’s life mission was to end racial segregation and discrimination through non-violent means. On the granite inscription you’ll find lots of King’s memorable quotes that tell the story of his work. A truly inspirational monument in Washington DC.

Feeling ready to book your ticket yet? Washington DC is a beautiful city, rich in history and relevance to the United States. As you can see, its iconic landmarks and monuments are up there with some of the top in the world, so definitely one to tick off your travel bucket list. And the best bit is, if you hop on a Big Bus tour, we can take you to see all of these sights. You’ll have the flexibility to hop off and explore more, then when you’re ready, simply re-join the tour.