If you’re lucky enough to be spending Christmas abroad, don’t miss the chance to taste some global festive treats. From seafood soirees in Paris to barbeques on the beach in Australia, every country and region has its own Christmas dinner traditions.

If you’re a seafood fan, make Italy your Christmas holiday destination. While pizza and pasta probably spring to mind when you think Italian cuisine, their traditional Christmas dish is actually fish. Seven different types of fish to be exact. The Feast of the Seven Fishes is an Italian Christmas Eve tradition. And, it involves dining on seven fish prepared in seven different ways – whether it’s frying, curing or battering. The delicious dishes include the likes of calamari, linguini with clams and lobster. Yum. 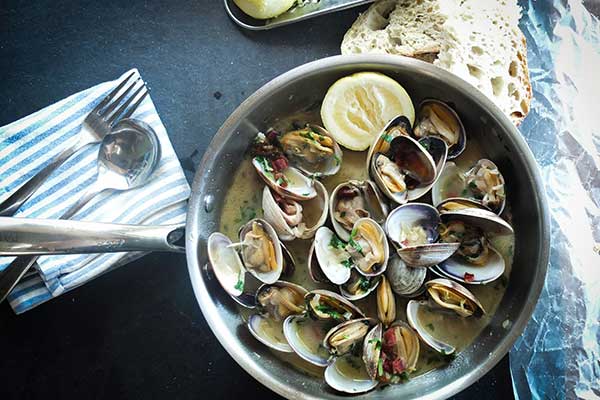 Christmas dinner in the UK is eaten on Christmas Day, traditionally in the early afternoon, around the time the Queen’s speech is broadcast across the country. Roast turkey is served with potatoes, roasted vegetables, Brussels sprouts, stuffing and pigs in blankets (which are sausages wrapped in bacon). And dessert is usually trifle, mince pies, or Christmas pudding served with brandy butter. The key to a successful UK Christmas dinner is not being able to move after the meal due to overconsumption, so make sure you fill up well. Mulled wine and hot cider are served in pubs and Christmas markets across the country too, to keep you warm in the winter weather. 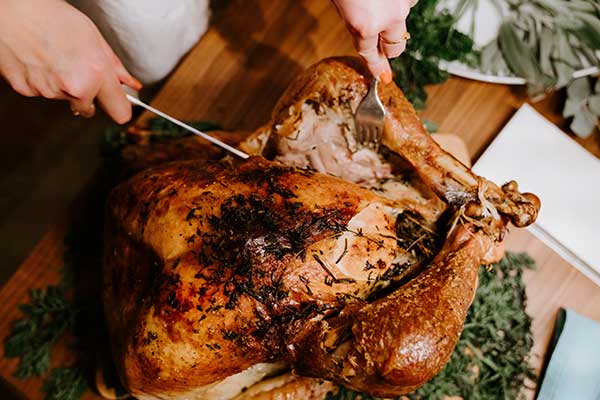 The French Christmas dinner, known as révellion, is a fine dining affair traditionally on Christmas Eve. Oysters are a typical appetizer, or Burgundy snails and fois gras. This is followed by roasted poultry with sides of chestnuts and truffles. Each region has its own traditional dessert to follow up, but the typical puddings are yule logs, macarons, and cannelés. This is all washed down with copious amounts of champagne. There’s also a révellion on New Year’s Eve so the sumptuous feast can be enjoyed all over again.

If you’re in Paris over the Christmas period, dine on French festive cuisine in the traditional Bouillon Chartier brasserie, or the upmarket Train Bleu. 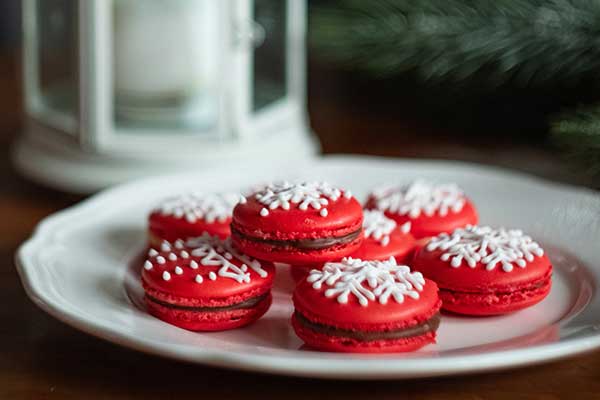 Christmas down under falls in the middle of summer, with temperatures hitting highs of 27 degrees on Christmas Day. Therefore, Christmas Dinner is usually a lighter meal consisting of salads and cold meats rather than rich, heavy ingredients. Seafood barbeques are also a popular choice if it’s not too hot and sticky outside. In Sydney, residents and tourists flock to the city’s popular beaches to put a prawn or two on the barbeque. When it comes to desserts, Pavlova is a popular choice as a summery sweet treat. Gingerbread houses and mince pies – originating from the country’s British roots – are also popular. 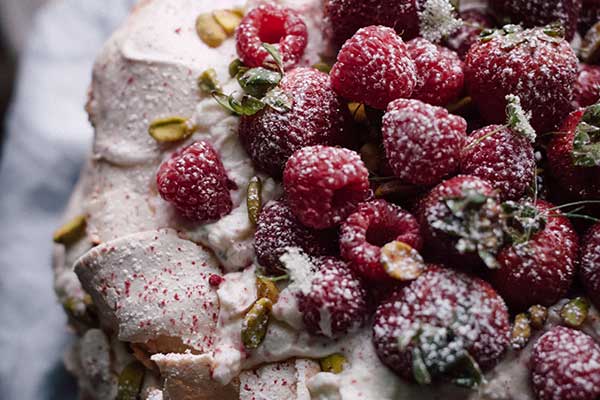 Traditional Christmas dinner in the USA is very similar to the UK version (without the pigs in blankets). As turkey is served as the main dish for Thanksgiving dinner, the meat served for Christmas dinner is usually roast beef or ham. Each state has its own regional variation on the typical dishes too. The southern states sometimes incorporate tamales and crawfish jambalaya, while Hawaiians feast on Lomi Lomi salmon. Dessert is typically apple or pumpkin pie rather than rich puddings too. 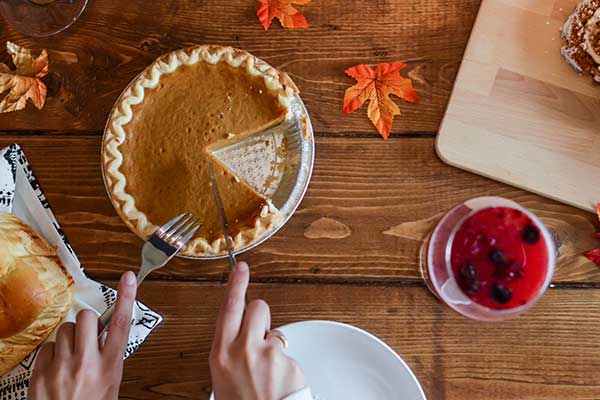 Ready to taste your way around the world? Swap Christmas in your home country for one of these top gastronomic cities, and tuck into their traditional Christmas dinner. Browse our bus routes and attractions for more ideas on how to fill your festive break.