Christmas markets, hot wine and magically-illuminated landmarks – there’s loads of reasons to visit Europe’s most romantic city in winter. You can tuck into Parisian Christmas treats, pirouette across the city’s many ice rinks and hop between the famous museums.

Tour Paris’ magical Marchés de Noël and pick up delicious Parisian snacks, mugs of chocolat chaud and homemade Christmas ornaments. The Quai Branly market is the perfect one to visit if you’re touring the Eiffel Tower, as it’s right next door. Here you’ll find stalls selling Christmas gifts and an ice rink too. You’ve also got a market next to the Notre Dame which sells unique local handicrafts, sculptures and homemade decorations. And, there’s a huge one on the Champs Elysées which lines up over 200 sparkling white huts filled with gifts and souvenirs.

If you’re heading to Paris in January or February, take advantage of the city’s huge winter sales. Paris’ biggest department stores, like Galeries Lafayette, offer reductions of up to 75% on their luxury designer goods, so you can stock up on those expensive gifts (even if you’re just gifting yourself).

See the city of Christmas lights

Paris lives up to its nickname, the ‘City of Lights’, over the festive season. Not only are there around 300 illuminated sights across the city, including the glowing beacon that is the Eiffel Tower, in the run up to Christmas, the Champs-Elysées gets a sparkling makeover too. Wander down this illuminated avenue and you’ll see colourful light displays and light projections to get you into that Christmas spirit. You’ll also find impressive light displays and decorations on Avenue Montaigne, Place Vendôme and Bercy Village. 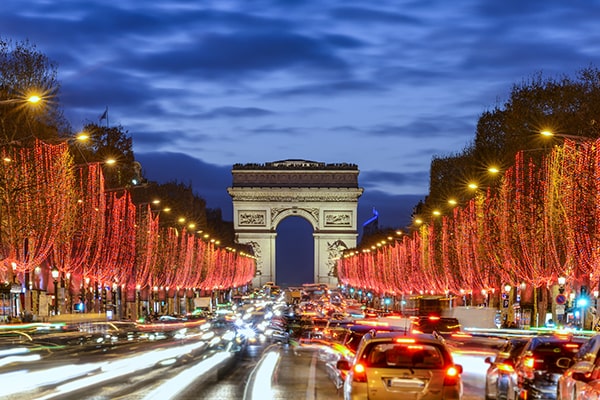 Paris boasts around 130 museums, and there’s no better time than winter to hop between them. Grab a museum pass, for access to more than 50 of the city's best galleries, museums and memorials, and tick off as many as you please. The must-do is, of course, The Louvre, which is officially the world’s largest museum. It boasts an iconic exterior and some of the most famous artworks in the world including the Mona Lisa, the Venus de Milo, and paintings by Michelangelo and Da Vinci. You’ve also got the Musée d’Orsay which is housed in an old train station, and The Centre Pompidou, a modern art museum designed to look like an inside-out boiler house.

Take your skates for a spin

There are loads of rinks across the city to take your pick from. And the best part is, they’re usually free, you just have to bring along your skates or hire a pair. There are open-air rinks at the Christmas market next to the Eiffel Tower, the Champs-Elysées and Hotel de Ville opposite the city hall. You’ll also find an indoor rink at the Grand Palais which is a family-friendly spot during the day and a popular couples’ hangout in the evening. It stays open until 2am and there are DJs providing the soundtrack and vin chaud (hot wine) and hot chocolate on tap. 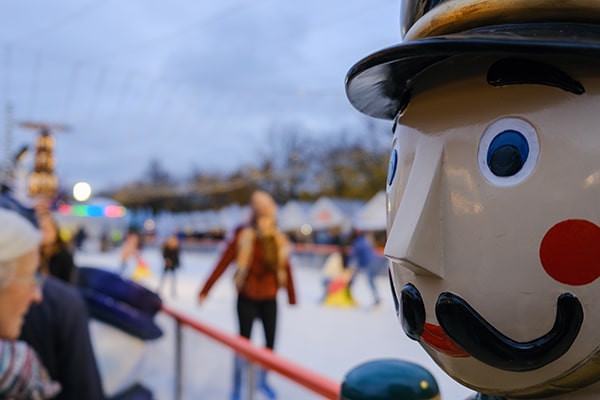 Start planning your winter escape to this cosmopolitan capital city today. You can soak up the festive atmosphere, whizz across the ice rinks and take your pick from 130 museums when you want to get your culture fix.