How to Celebrate Bastille Day in Paris

Bastille Day is Paris’ biggest national event. Think all-night parties in fire stations, fireworks over the Eiffel Tower, and military parades featuring the French President himself. During this national holiday you’ll also find loads of discounts on Paris’s best attractions and sights too.

What is Bastille Day?

Bastille Day is France’s National Day, referred to as ‘la Fête Nationale’. It’s the anniversary of the storming of the Bastille prison back in 1789, when a French mob broke in and released the prisoners. The day symbolises the beginning of the French Revolution and, just like the Fourth of July in the US, marks the beginning of democracy.

When is Bastille Day?

Bastille Day is celebrated on the 14th of July every year and it’s a national holiday in France, so everyone gets the day off to celebrate.

The French celebrate Bastille Day with patriotic festivals, parties, fireworks and flags just about everywhere. In fact, the red, white and blue colours of the French flag are said to represent the ideals of the French Revolution, and came about because of the event. You’ll find parties and celebrations across the country, and around the world in French communities, but the biggest Bastille Day event is in Paris. 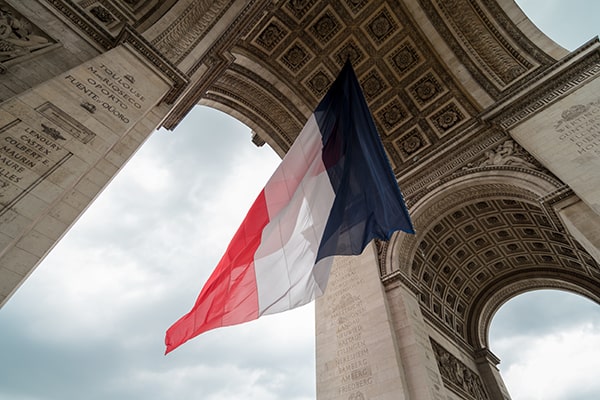 What to do on Bastille Day in Paris

The immense Bastille Day celebrations in France’s capital city go on for two days. Here’s what to expect…

One of the highlights of the national holiday is the huge military parade that takes place along the Champs-Elysées. The parade is Europe’s oldest, and has been held on the morning of Bastille Day almost every year since 1880. It starts with the French President arriving at the Arc De Triomphe, with a fanfare welcome, to inspect the troops. The troops and officers then march down the Champs-Elysées alongside military bands and spectacular jet displays.

The Bastille Day parade usually starts at 10.30 in the morning and lasts for an hour. 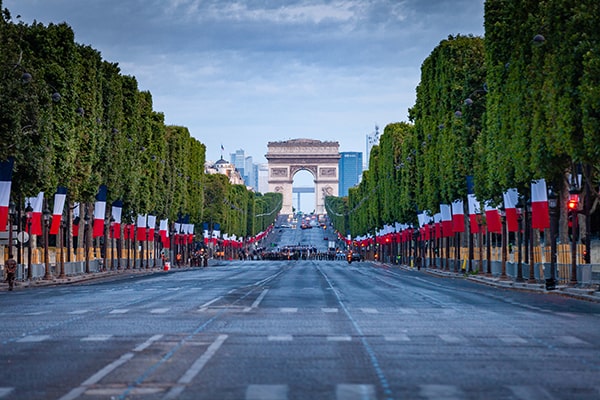 Before the grand fireworks finale, you can enjoy a free classical concert at the foot of the Eiffel Tower. The concert starts at around 9pm and entertains crowds for a few hours until the firework display begins. Every year it features the national orchestra of France and loads of international artists performing classical hits.

The Bastille Day fireworks display is the one must-see event in Paris. Colourful, choreographed fireworks are set off over the Eiffel Tower and from the gardens of Trocodero in a stunning display. The epic show lasts for 30 minutes, and every year there’s a different theme symbolising an event or sentiment from French history. The public can watch the show from the Champ de Mars – just make sure you get there early to bag the best spot. 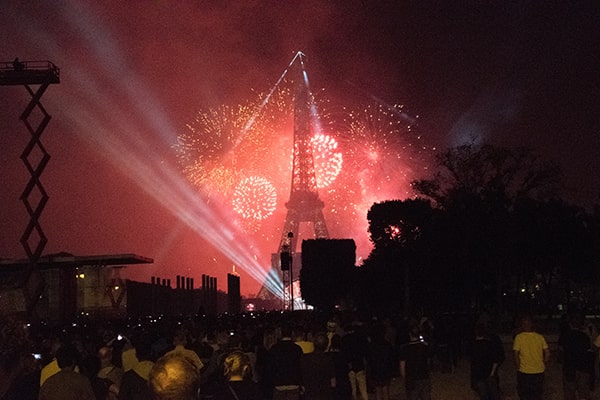 After the fireworks finale, it’s time to party at Paris’s fire stations – yes, really. On July 13th and 14th, Paris’s national fire stations open their doors and welcome the public in for a night of revelry and entertainment. The parties go on until 4am, and there are live bands and DJs entertaining the crowds, plus food and drink you can buy at the venues. Some of the parties are free to enter and some charge a small fee (around 2 euros), and the proceeds go towards improving the facilities at each station.

Paris’s museums and attractions offer special Bastille Day discounts, so there’s no better time to sightsee in the city (when you’re not taking part in the celebrations of course). Look out for offers on cruises along the Seine, from which you’ll get an amazing view of the fireworks. And, there are discounts on cabarets, museums and attractions in the city. Every year the Louvre opens its doors so the public can explore its famous art collection for free – so don’t miss this chance to see the Mona Lisa and the Venus de Milo statue up close.

Ready to celebrate Bastille Day in Paris? This huge national holiday just has to be experienced in France’s capital city. Why not take a spin with us and see it for yourself.

CELEBRATE WITH US NOW