Wondering what to do in London during the evenings? You’re not alone. It’s no secret that the capital is brimming with activities, so deciding what the best thing to do in London at night can be difficult.

Thankfully, we’ve put together a handy guide to the London nightlife scene, so you can make the most out of your trip. And, with most transport links running throughout the evening, those wanting to experience all the best things to do at night in the city can do with ease, thanks to the 24-hour night buses and night tubes in London.

If you’re looking for things to do in London with kids, we suggest spending an evening at one of the best and most visited London attractions. Although most of the late night events are seasonal, depending on when you visit London you can plan a trip to ZSL London Zoo, Tate Museum, Natural History Museum or the Sea Life London Aquarium outside of regular visiting hours. All perfect activities to keep the entire family entertained. 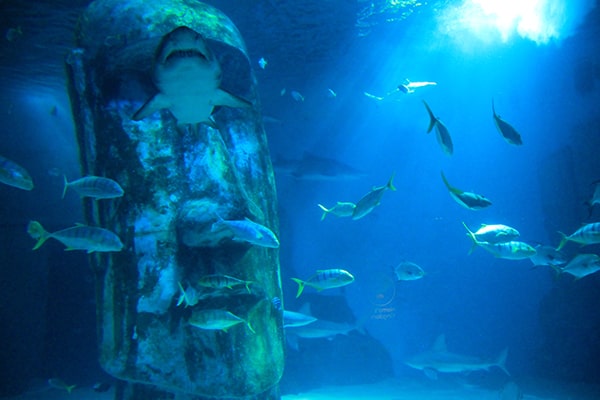 Find the nearest Big Bus Stop to the London Aquarium

Take a walking tour around London. Our favourites include the Jack the Ripper and Sherlock Holmes tours. Both are reasonably priced, and you’ll be escorted around all the areas associated with each.

Those who prefer to go it alone exploring London without a guide should embark on a stroll along the River Thames. If you start at Tower Bridge and end at Westminster Bridge, you’ll be able to see some of the capital’s top attraction come to life as they are lit up at night during the hour-long walk. Look out for the London Eye, Big Ben and the Houses of Parliament. Rehydrate with a drink on the Southbank afterwards. Just be aware that Londoners walk at an unnaturally fast pace! 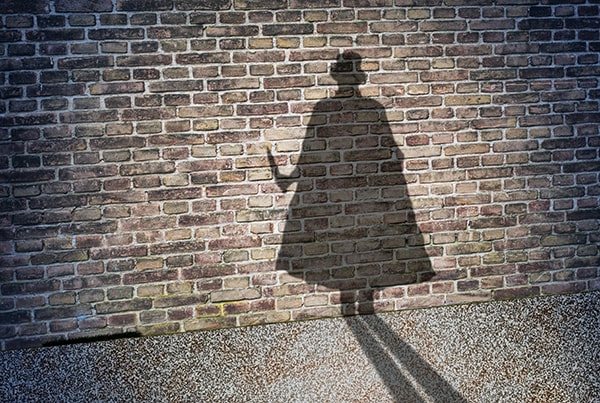 There are hundreds of clubs and bars in London to choose from, making the city home to one of the most diverse party scenes in the world. To give you a taste of some of the venues you can expect to encounter, we’ve highlighted a few of our favourites:

Lovers of house, techno and EDM need look no further than Fabric. Expect a line-up of some of the hottest DJs across the world who are pumped up to bring you a unique future-forward night like no other. The club operates a strict over 19 entry policy so make sure you take your ID.

Check out the vast selection of cocktails at the London Cocktail Club. The Shaftesbury Avenue is conveniently located next to all major West End shows so you can enjoy a tipple before or after your chosen performance.

Known as having one of the best happy hours in the city and a lively staff that encourage you to get up a dance, this is a fun way to while away an evening. 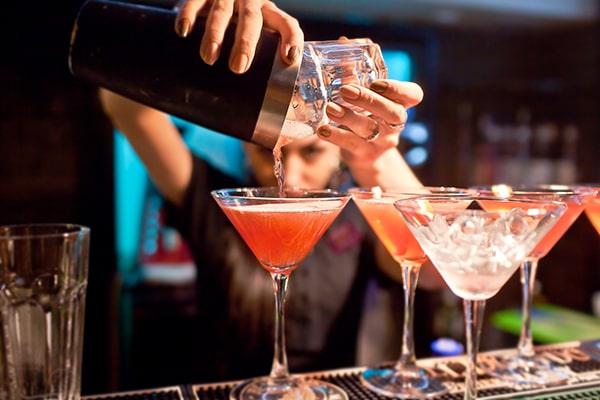 First opening its doors in 1900, KoKo has been a huge part of British culture reinventing itself time and time again. Attracting world-famous musicians to perform and crowds that flock to the venue every single week, this is a must-visit place in London for anyone that wants to party in an iconic landmark.

This is a hidden gem many Londoners themselves aren’t yet aware of. Tucked away on a side road minutes away from Piccadilly Circus sits an underground bar where guests can request any song to be performed by the immensely talented live band. There’s a well-priced drink deal every night and free entry before 10pm, this place won’t be a secret for long…

Since opening its door in 2012, the Hippodrome Casino has firmly established itself as a cornerstone of West End nightlife. With 3 floors of gaming, a separate section for live swing, jazz and cabaret shows as well as one of the best steakhouses in London located inside the venue, this really is a one-stop-shop for continuous entertainment.

Find the nearest Big Bus Stop to the Hippodrome Casino

Give your vocal chords a work out at this themed Karaoke bar in Central London. With private rooms decorated to look like they belong to Lady Gaga and Elvis, you’ll be inspired to give the performance of your life.

On 7 nights a week at 2 locations a stone’s throw away from Angel Station in Islington, these nights of comedy are free to enter and showcase an array of talented acts. Popular with groups of friends, couples on date night and single people looking for a laugh, the night is great for anyone with a sense of humour.

Although there’s no payment on arrival, after the show the audience is encouraged to pay what they can to support this fine comedy institution.

The Lion King, Wicked, Harry Potter and the Cursed Child or Hamilton, which West End show do you want to catch a performance for? With an entire area of London known as Theatreland, there should be no surprise that there’s an abundance of musicals, plays and dramas to take in.

Book in advance if there’s a particular show you really want to see. If you’re not fussed take a lucky dip for discounted tickets sold at official ticket touts in Leicester Square, the only catch is you have to see the show you buy a ticket for on that day. 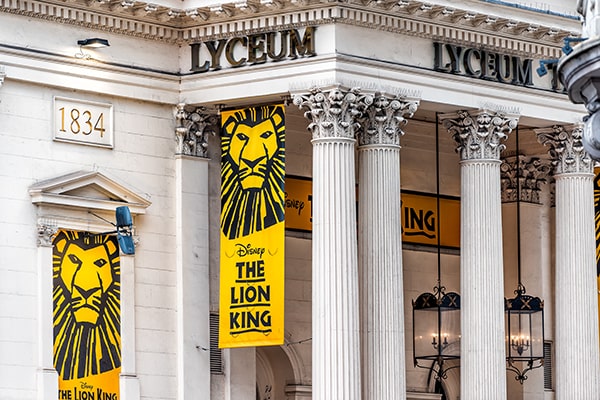 Shopping in the evening may seem like an odd activity to suggest but it’s a smart way to avoid the crowds and grab a bargain at your own pace. From the boutiques of Carnaby Street to the lively stalls of Portobello Road Market, there’s an assortment of stores with your name on them. We’ve narrowed down the list of shopping destinations to the top 2 places that stay open later than usual:

Open until 10pm every night except Sundays, shoppers can spend an evening here browsing high-street and luxury brands alike. Once you’ve hit all the shops, grab a bite to eat at one of the many restaurants on the Boardwalk.

The most iconic shopping destination of them all is open for late night browsing on Thursdays until 9pm. Lose yourself in the famous department store, Selfridges, or shop until you drop at the value for money wonderland that is Primark.

With a few branches dotted around London, the Soho venue just about tops the list as our favourite. Open until 5-6am every night excluding Sundays, this the perfect place to fill up on delicious food or sip on a cocktail when the nightclub closes and you’re not quite ready to go home yet.

Go for a midnight feast at Duck and Waffle. Located on the 40th floor of the Heron Tower, you’ll be amazed by the stunning views on offer when you dine here. Offering a playful take on traditional British cuisine, all the delightful dishes on the menu are designed to be shared. 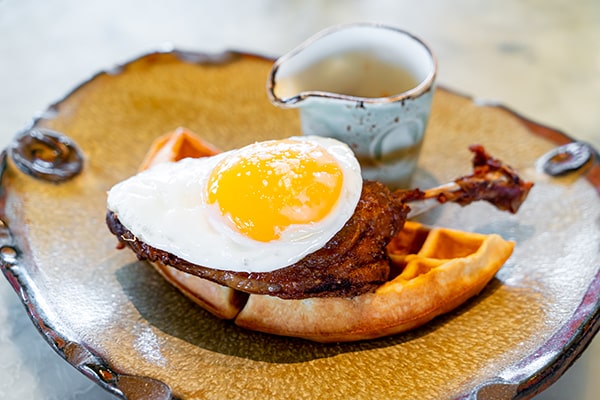 When you’re done dancing the night away in East London, head to Brick Lane for a bagel the locals go crazy for. A very inexpensive way to refuel in a trendy area. Order the salt beef or smoked salmon bagel and get change from a fiver.

These are just some of our favourite things to do in London when the sun sets. Whether you choose to do one or make it your mission to experience all, we’re certain you’ll be making the most of London at night. And once you’ve worked your way through this list be sure to check out the most famous restaurants in London too…