London has a surprising amount of open areas for you to explore. Discover beautifully kept gardens, enjoy a picnic on the grass and find the perfect play space for the children. There are eight Royal Parks, as well as numerous commons and heaths throughout the city, perfect for when you need to recharge your batteries.

Lying in north-west London, Regent's Park is one of the city's Royal Parks, with 140 acres of beautiful greenery to enjoy. It's a picturesque place to enjoy a picnic in the summer or a brisk stroll in the winter. Hire rowing boats and pedalos on the lake and explore the park from the water.

Regent's Park is also home to London Zoo – a top choice for a day out in London with kids. They’ll love the daily animal events where they can get up close and personal with everything from spiders to big cats. 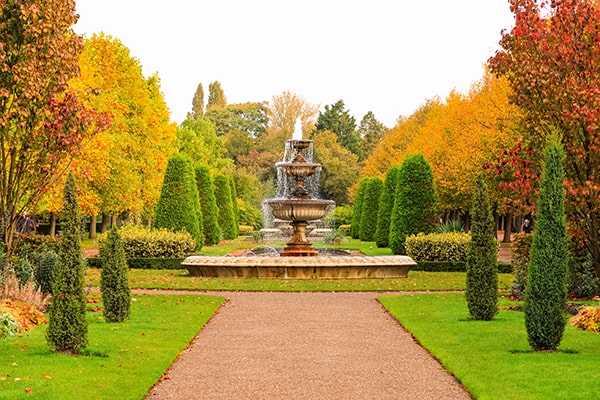 Hyde Park is another enormous park to explore, located right in the bustling centre of the city. The Royal Park was founded by Henry VIII in 1536 when he took the land from Westminster Abbey and used it as a hunting ground. It opened to the public in 1637 and has been popular with Londoners ever since. Nowadays it’s a site to many concerts, festivals, demonstrations and protests worth checking out if you’re in London during one of the events. And, you can still visit the famous Speakers' Corner - a site for public speeches and debates since the 1800s.

Whether you want to have a picnic by the Serpentine, pose for a picture by the Grand Entrance or go on a scavenger hunt to find the most statues, there’s something for everyone here. 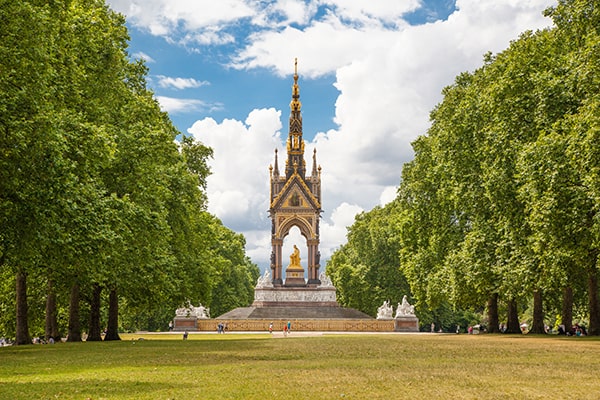 One part of Hyde Park, Kensington Gardens has ample attractions to keep the whole family entertained. One of London’s eight Royal Parks it covers an area of 265 acres. Home to the Serpentine Galleries you can get your art fix here or walk over to Kensington Palace to soak up the history and culture of the city. If you’re wondering where to let the kids run free, take them to Diana’s Playground, there’s a huge wooden pirate ship perfect for playing Peter Pan.

Take a moment to pay your respects at the Diana Memorial Fountain, in remembrance of the Princess of Wales, and the memorial to honour the victims of the 7th July 2005 London bombings too. 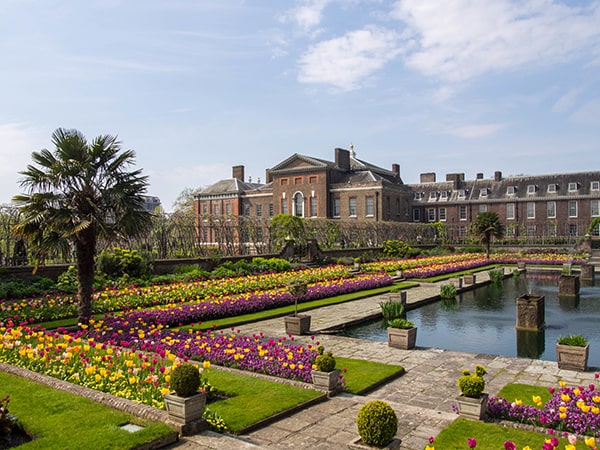 Elevate your London perspective – Hampstead Heath is one of the best places in London to see the city skyline. In fact, the view from Parliament Hill in the south-east corner of the park is protected by law. Make the hike up the 322-foot (98-metre) hill and you'll be rewarded with views of Canary Wharf, St Paul's Cathedral and many more top London sights.

Cool off with a swim at Parliament Hill Lido or go for a dip in one of the various open-air bathing ponds located around the Heath when you’re done. 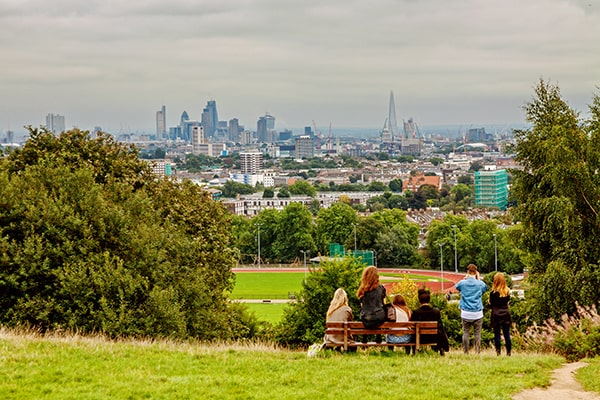 No trip to London is complete without a trip to St James’s Park. Another of London’s eight Royal Parks it covers an area of nearly 57 acres and offers spectacular views of Buckingham Palace, Whitehall and Clarence House. Start at the Blue Bridge for an unprecedented look across the lake at Big Ben, the London Eye and the famous Horse Guard Parade. Marvel at Tiffany Fountain which overlooks the palace and then stop for a bite to eat at St James's Café, where you can order a slice of cake and watch pelicans, ducks, swans, squirrels and birds go by.

Continue the royal theme with a walk along The Mall, a grand processional route which has seen countless historic Royal processions including coronations, state openings of Parliament and state visits. If you’re feeling really fancy, end the day with a glitzy afternoon tea at The Ritz, just a 15-minute walk away. Treat yourself for a special occasion but make sure you book well in advance and dress to impress. 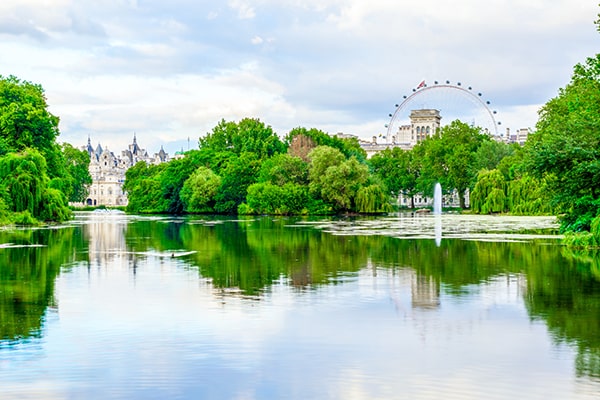 
An oasis from the hustle and bustle of city life, the parks in London make the perfect escape for anyone wanting to get in touch with nature. The only thing we can’t promise is the sunshine, so check out our guide to the Best Free Museums in London, a great rainy-day alternative when the famously wet British weather makes its debut.