Chicago: 5 Pictures to Inspire You to Visit

If you’re dreaming about your next city break, you’re in the right place for a little inspiration. We think you should add Chicago into the mix, and here’s why… Known as the Windy City, Chicago boasts one of the most impressive skylines you’ll ever see. The architecture is second to none - a good place to start. This city also has plenty of fun stuff to do. Think fascinating museums, a very credible shopping scene, and plenty of exciting attractions. But as much as we can tell you all the reasons why you should visit, we think a picture tells a thousand words, as the saying goes.

Here are 5 beautiful pictures to inspire you to visit Chicago: 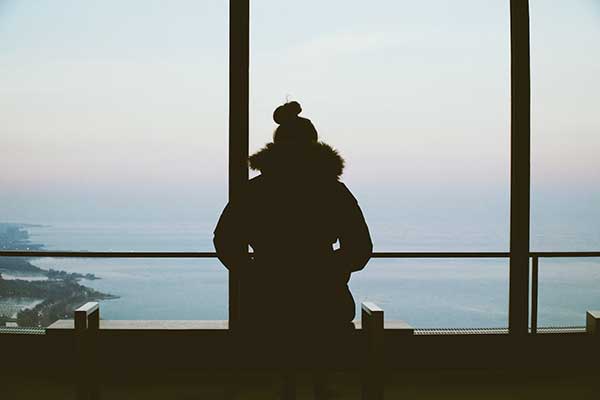 Would you like to go up in the world? Like 94 floors ups? The John Hancock Observatory gives you one of the best, unobstructed views of the entire city, and sometimes 55 miles even further to reveal Lake Michigan on a good day. But, it’s not just what you’ll see, it’s everything you’ll learn on a visit here. There are many interactive experiences also that tell the story of the city’s rich history, lively neighbourhoods and iconic architecture. And while you’re there, be sure to have a go on their TILT ride, named Chicago’s greatest thrill. A tilting glass box that leans you 35 degrees outward, so you feel you’re floating 1,000 feet above The Magnificent Mile. This Chicago attraction gets pretty busy, so grab your tickets early and beat the crowds. 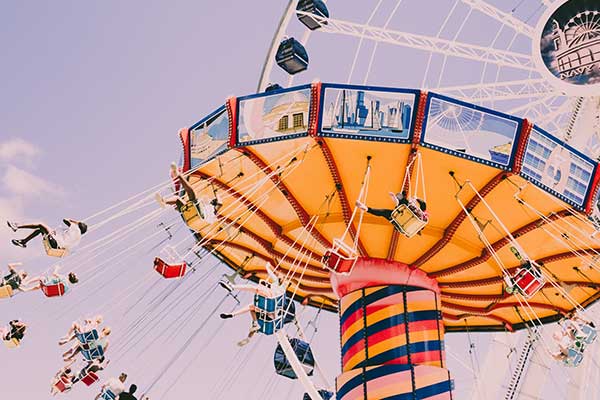 Navy Pier, also known as The People’s Pier, is a place that offers plenty of exciting activities and experiences, from recreation through to relaxation, all celebrating the history of the city. So when you board the new Centennial Wheel, you pay homage to a city that unveiled the first Ferris wheel in 1893. When you enjoy a performance at the award-winning Chicago Shakespeare Theater, you’re watching a cultural tradition dating back hundreds of years. And when you spend an evening under the Aon Grand Ballroom domed ceiling, you visit a landmark that served many roles during two World Wars. So is it just a theme park? Absolutely not. The atmosphere is always electric and the main aim is to have fun. Win. 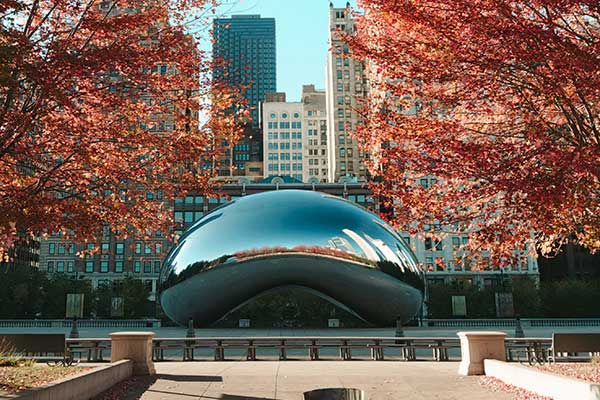 To see in the new millennium, Chicago created one of the world’s most buzzing public places, Millennium Park. And whether you’re a tourist or a local, there’s plenty for you to enjoy here. There’s concerts, exhibitions, tours and family activities. Right in the heart of the city, it’s considered a new kind of town square. Picnic in the Laurie Garden, a 3.5-acre green haven that alone shows how Chicago has transformed from a flat and marshy landscape to a bold and beautiful city. Enjoy one of the many free events hosted here throughout the year, from live music to carnivals and festivals. And in winter, take to the ice rink for a free skating lesson and work on your toe loop – this is a jump and spin to you and me. 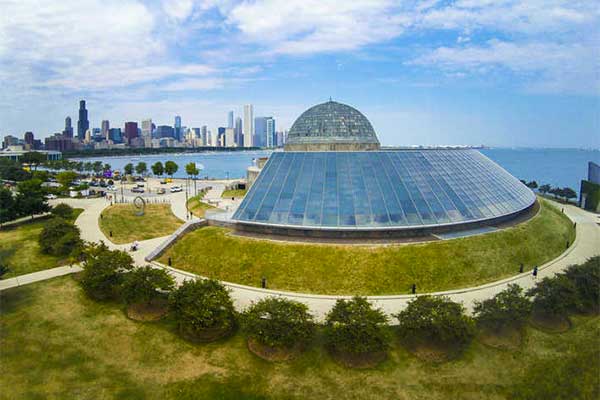 Journey beyond the stars to galaxies far, far away at America’s very first planetarium. Dedicated to the study of astrology, it’s a public museum you can learn with all your senses. Lie back and venture through the solar system in the Definiti Space Theater. See how the moon has inspired human creativity and curiosity at the Imagine the Moon sky show. And experience the thrills of space travel as you fly over lunar craters in the Shoot for the Moon Exhibition. A National Historic Landmark, you can see the actual restored Gemini 12 spacecraft in Mission Moon and follow the career of Captain James A. Lovell, Jr., commander of the Apollo 13 mission. We’re pretty confident it’ll blow your mind… 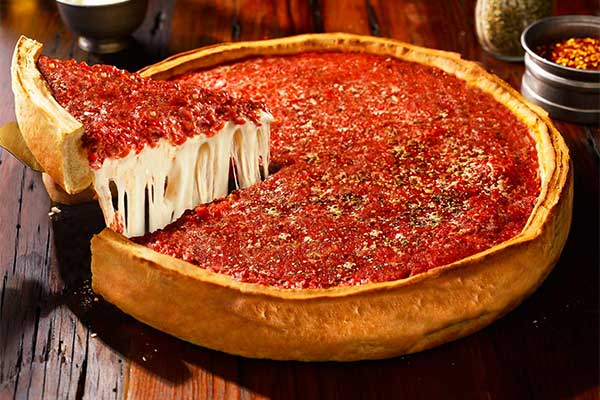 We’re not sure about you, but the pizza in Chicago alone is inspiration enough to visit! Deep dish, steep pies, filled with melted cheese and any topping you could dream of. It’s all over town. The traditional pizza is stuffed with mozzarella and sausage, with every restaurant putting their own little spin on the crust and spice. Lou Malnati’s Pizzeria serves legendary deep dish pizza synonymous with the Chicago style. This family run operation has been pleasing loyal patrons for nearly 50 years. You’ll love the flaky, buttery crust just as much as the warm Midwest hospitality and charm. Get comfy, you could be there a while...

Feeling inspired to book your ticket yet? Chicago is an impressive city packed with iconic landmarks, wondrous architecture and attractions that are up there with some of the top in the world. Definitely a city to tick off your travel bucket list. And the best bit is, if you hop on a Big Bus tour, we can take you to see all of these sights. You’ll have the flexibility to hop off and explore more, then when you’re ready, simply re-join the tour.